The Tinubu/Shettima Presidential Campaign Council in Zamfaraz said it has donated 1,000 bags of rice and corn flour to Christians in the state as part of the celebration of the 2022 Christmas and 2023 new year.

The food items which comprised 250 bags of rice and 750 bags of maize flour were handed over to the Christian community in the state by the State Coordinator of the Tinubu/Shettima Presidential Campaign Council, Senator Kabiru Garba Marafa.

He said the gesture was aimed at joining the Christian community in celebrating the festive season in the zone which is coordinated by Bello Matawalle, governor of Zamfara State.

Marafa called on the beneficiaries at the event which held at the Zamfara Tinubu/Shettima Campaign Complex along Sokoto Bye-pass Road to ensure that the gesture reached majority of Christians especially those in need throughout the state.

He expressed the strong believe of both Tinubu and Shettima as well as the North West Campaign Council Zonal Coordinator, Matawalle that as religious adherents, the Christian community will contribute in creating more awareness on the candidature of the APC presidential and Vices presidential candidates as well as the state APC governorship candidature of Matawalle and their ability to move the nation and the state to greater heights.

Marafa called on them to continue to pray for the growth, development, security, peace and unity of the nation and the state beyond the coming general elections.

Receiving the items, the state Chairman of the Christian Association of Nigeria CAN and the Igbo Community leader in the state, Ahmad Haruna Gidan Zallah and Chief Igwe Obijiafor respectively commended the Tinubu Campaign Council in the state for the gesture and promised to extend it to the intended beneficiaries.

The two leaders also assured that the Christian community will always pray for the growth and wellbeing of Nigeria and Nigerians. 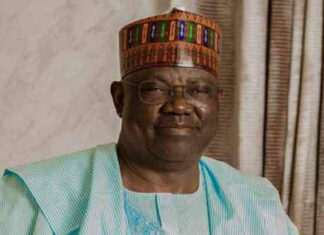