He said this in a statement to express the company’s commitment to claims payment.

In the statement, he said the company paid a total of N1.14bn claims to the insured as of the end of September 2022, and was still paying more.

He said, “Insurance is a way to manage your risk. When you buy insurance, you purchase protection against unexpected financial losses. The insurance company pays you or someone you choose if something bad happens to you.

“If you have no insurance and an accident happens, you may be responsible for all related costs.”

According to the statement, a banker, Mr Okoro, insured his vehicle, a Range Rover 2018 model at about N70m and bought a comprehensive insurance cover at about N2m.

In the second year, after renewing his policy contract, his wife drove the jeep out for grocery shopping at a supermarket where she parked it.

Suddenly, a tanker driver lost control and crashed the tanker into the jeep where it was parked along with three other vehicles.

The statement said the tanker and the driver were not insured which left Okoro and his wife devastated and traumatised.

He contacted his insurance company, SUNU Assurances to seek compensation and sought to have a new jeep because the damage destroyed the whole back side of the vehicle.

SUNU, upon validating Okoro’s claim, agreed to buy him a new jeep, exactly like the accidental jeep subject to the limit of the sum insured.

The statement said Okoro praised the insurance company, as it helped his family not to suffer depression from the accident.

The Head, Claims in the Technical Group, Sunu, Mr Bamidele Akande, confirmed that the negligent truck was not insured as of the time of the accident.

Notwithstanding, he said that the company would have to first settle its client so that he does not feel pain or stress. 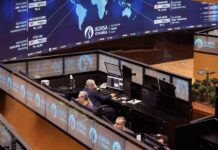 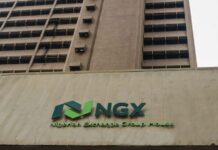