The first thing I would like to say is to thank God. I give God the glory for everything. I thank him for everything; it all shows that God loves me. If he didn’t, I don’t think I would be living today. With everything that has happened, some people wouldn’t have survived it. So, God loves me. I have always been hit by hard things, even before the gunshot, I had had an accident too. So, it just shows how much God loves me.

I actually went to FESTAC because I stay on the Island. We were leaving around 12am to 12 midnight when my friend asked me to join him in his car and I obliged. So, he was driving and my driver was driving my car behind us, while another friend of mine was with his Mercedes Benz, he just came in from Austria.

My friend started speeding and I was asking him to slow down, but he was like I didn’t just start driving. And before we knew what was happening, the other car just tried to drive past us, and because we were going at speed, it was uncontrollable to hold the brakes and it failed at that point and the next thing the car just tumbled and hit the barricades of the bridge. If not for those barricades, maybe we would be inside the river by now.

I have learnt a lot. It was a lesson for me because I was actually with my car; I could have avoided the accident if I had entered my car. If I had known, I would have just been in my car. But because he was my friend, he said come on hop in my car and I agreed. You know, you shouldn’t please people. I should have listened to my instinct too.

Although the other guy was wrong for trying to overtake us, if my friend was not speeding, we would not have had an accident, and that is why they say excessive speeding kills. So, I learnt that I should have listened to my instinct. It would not have happened if I did because my driver or security would not excessive speed and would listen to me when I said he should slow down.

My beautiful kids, people I am taking care of. Just imagine you not being in this world, how they would feel and how things will be for them. That shows how careful we should be with our lives. We should be more careful with our movements too.

I have two beautiful kids; a son and a daughter. At this time I am just focused on taking care of my adorable kids and that’s it, and that’s enough. They are my kids and they keep me motivated.

The truth is I have never been married in my life and I am a happy man. You and I know what is going on these days, you see a couple married for a couple of years and next, they are divorced. People you see as role models are getting divorced and when you see them you are like what is going on? These are people you have been looking up to and now they are divorced, how then do you want me to get into this marriage thing? 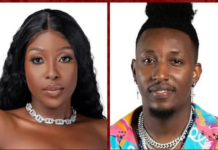 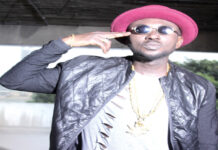 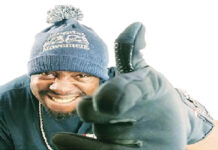 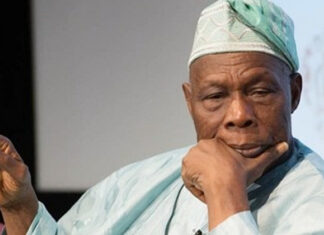