Police alleged that the defendant collected the sum of N33,341,501 from one Miss Fiponmileoluwa Ogundele and N80,000,000 from one Susan Abimbola Bakare with the promise to help them invest the money in a water production and petroleum business, a claim the Police said the defendant knew was false.

Police further alleged that after the defendant collected the money from the complainant, she failed to invest the money in the agreed business and instead converted it to her use and went into hiding.

The AIG FCID Lagos swiftly deployed his crack team to fish out the defendant anywhere she might be hiding and the Police team tracked and arrested the defendant at a hideout in Lagos.

Bello was charged before the Ikoyi Magistrate’s Court, beside the Ikoyi Correctional facility, Lagos, Nigeria on a five-count charge bordering on conspiracy, obtaining money by false pretence, forgery and stealing.

Police Prosecuting Counsel, Amedu Adoga told the Court in the charge Marked V/3/2023 that the defendant committed the offence in September 2022 in Lagos, Nigeria.

Adoga informed the Court that the defendant connived with others still at large and collected the sum of N113,341,501 from the two complaints with the promise to help them invest the money in a water production and petroleum business knowing full well that there was no such business.

Adoga added that after the defendant collected the money from the complainants, she converted it to her use and went into hiding before she was arrested at a hideout through intelligence gathering and tracking.

The defendant, however, pleaded not guilty to the charges in the open Court and the presiding Magistrate, Mr Chinje Agbonor, granted her N2m bail with two sureties in like sum.

Magistrate Agbonor adjourned the case till 30 January 2023 for mention and ordered that the defendant be detained at the Kirikiri correctional facility till she perfected the bail conditions. 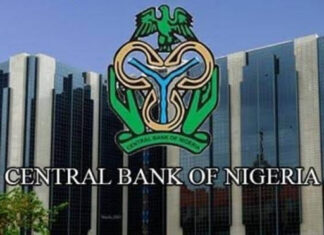