The Peoples Democratic Party (PDP) and the ruling All Progressives Congress (APC) in Imo have disagreed over Gov. Hope Uzodimma’s scorecard within three years in office.

Uzodimma assumed office as governor of Imo on Jan. 14, 2020, following a judgment of the Supreme Court which affirmed his victory at the 2019 governorship election in the state.

In a statement signed by the PDP publicity secretary and made available to the News Agency of Nigeria (NAN) in Owerri, Opurozor argued that the greatest casualties of Gov. Uzodimma’s emergence are the Imo people.

He alleged that Uzodimma had, in the past three years, worked so hard to ensure that all the institutions of democracy in the state are dismantled and a full-blown dictatorship firmly established.

Opurozor further claimed that bloodshed, poor healthcare, the collapse of education, dearth of agricultural productivity, conscription of the political space and violation of human rights have become the order of the day.

“For instance, the local government system, which is a mechanism put in place to expand and sustain the democratic space and spread democratic values, has been destroyed in Imo State.

“This is a huge tragedy! Imo is a state with over 70 per cent of her entire population living in the rural areas.

“Yet, the only channel through which governance can be delivered to the people has been completely run aground,” he contended.

He claimed that the party had intercepted credible intelligence about the planned role which the Uzodinma-backed Ebubeagu Militia would play in this process of derailing democracy in the state.

He, therefore, urged the Inspector-General of Police to immediately disband Ebubeagu Militia, claiming that since Ebubeagu began its operations in the state, insecurity, killings, abductions and arson have risen astronomically.

But dismissing the claims however, the APC Publicity Secretary, Mr Cajetan Duke, said the PDP should rather praise Uzodimma for the giant strides of development in the past three years.

Duke said: “We are glad today that the opposition PDP has confirmed by the contents of their press conference the reconstruction of the Owerri-Orlu road.

“Their argument on the cost of the project is neither here nor there!

“PDP should stop reminding Imolites of their seven months of illegal occupation of Douglas House and the unimaginable looting of our common patrimony.

“When they talk about the January 14th, 2020, landmark judgment of the Supreme Court, Imo PDP validates our position that the insecurity in the state is politically contrived,” he added.

Duke contended that the PDP’s argument on borrowing had reduced opposition politics to a roadside gossip as borrowing to fund investment in the critical sector of the economy was not a crime.

“Almost three years in office, nobody, including the opposition PDP, has accused Gov. Hope Uzodimma of converting public wealth to personal and private uses.

“No one has accused the governor of building a new house or renovating his old house in the village.

“Nobody has accused Uzodimma of appropriating any public land or asset to himself or any member of his family since inception of this administration,” he argued.

He said Imo PDP was only intimidated by the popularity of the APC-led shared prosperity administration of Gov. Hope Uzodimma.

“Their strategy is to do everything humanly possible to discredit the outcome of the forthcoming election.

“While they were busy labouring, albeit in vain, to undermine this administration, the Supreme Court, today nullified the Imo West senatorial primaries of the PDP,” he added.
(NAN) 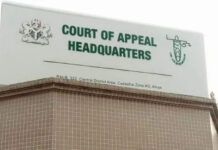