The Concerned Yoruba Muslim Scholars in Nigeria has kicked against the purported invitation of the Director of Muslim Rights Concern (MURIC), Prof Ishaq Akintola, by the Directorate of Security Services (DSS).

The President-General of the group, Shaykh Abdul-Rasheed Mayaleke, made this known during a press conference held at Oja’ba Central Mosque, Ibadan, on Wednesday.

Mayaleke, whose speech was read by Prof Abideen Olaiya,  Secretary General, Concerned Yoruba Muslim Scholars in Nigeria, stated that the press conference was organised towards ensuring peaceful religious co-existence generally in Nigeria and specifically in the South West.

According to him, Akintola, on Friday December 16, 2022, received a call from someone, claiming to be calling from Ibadan office of the Directorate of Security Services (DSS) over a press statement issued by MURIC, criticising the government of Oyo State over infringement on the rights of Muslims, especially Muslim students.

“In the press statement, the vibrant, dogged Muslim and human rights activist, Prof. Akintola, exposed how Muslim students and teachers were forced to join the organised Christmas carol in St. Annes School 1 Senior, St Annes School 2, and St Annes Junior School, Molete, Ibadan, under the present administration in Oyo State. Also, MURIC in the press statement warned Muslims and other voters to be wary of any government operating anti-Islamic/Muslim agenda.

“For us at the Concerned Yoruba Muslim Scholars in Nigeria and Political Awareness Group in South West Nigeria, it is shocking that the DSS will allow itself to be used as a political tool to silence the voice of truth and intimidate civil rights activist.

“The invitation we got to know was at the instance of the State government to harass and shut out the MURIC Director, who has always been fighting for Muslims rights over the last two decades.

“The invitation of Professor Akintola is an intimidation taken too far. We also appeal to the DSS to be professional and understand that religious matters are very sensitive and volatile.” 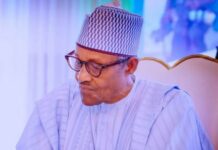 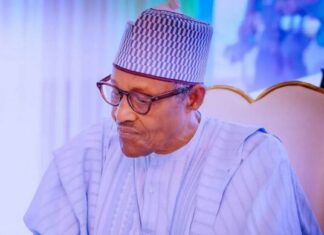 Breaking: Give me 7 days, I will resolve cash crunch crisis...