The President, Major General Muhammadu Buhari (retd.), who said he had been a “victim of unfair electoral processes” in the past, during his last Independence Day speech as president in 2022, promised Nigerians that he would ensure a free and fair election in the fast approaching 2023 general elections.

Summarily, he was quoted as saying, “As I prepare to wind down our administration, I have resolved to bequeath a sustainable democratic culture that will remain lasting. The signing of the Electoral Act 2021, as amended with landmark provisions, further assures us of a more transparent and inclusive

reports that relevant efforts from critical election stakeholders brought about a National Sensitisation Workshop held on January 14, 2015, and it birthed an initiative, the National Peace Committee. This committee mooted the idea of getting the political parties to commit to peaceful campaigns and rallies devoid of incitement, insults, violence, and the deployment of fake news, misinformation, and misrepresentation.

In 2019, the National Peace Committee, chaired by General Abdulsalami Abubakar (retd.), used the opportunity of the accord to hold the candidates and their political parties accountable for their pledges of accepting the election outcome provided it is adjudged to be free, fair, and credible. A peace pact was signed in 2019. This gesture subsequently resulted in similar initiatives not just at the federal level but also at the subordinate – state levels.

Despite all the positive resolutions from different quarters, the current political atmosphere sends an entirely different message as opposition parties in some states in the country have alleged victimisation from the powers-that-be in their respective states.

The Peoples Democratic Party in Idanre Local Government Area of Ondo State has accused a member of the House of Representatives, Mr Tajudeen Adefisoye, of attacking them, using some men in army uniform, on Monday evening.

The PDP also alleged that the federal lawmaker representing the Idanre/Ifedore Federal Constituency and a candidate of the All Progressives Congress paraded the alleged fake soldiers with arms and ammunition and attacked them during their meeting in the Idanre community.

This was contained in a statement by the Director, Media Publicity of the PDP in the local government, Mr Fasoranti Adeyemi on Tuesday. They alleged that many of their members were injured during the attack.

According to the statement, the federal lawmaker, who is also the Vice Chairman, House Committee on the Army, allegedly has a mobile armoury that he moves about and makes use of at any point in time.

The statement read partly, “The ‘military’ action started around 5.45 pm and lasted till 7.05 pm saw them destroying a shop, the scene of yesterday’s incident, where our member of House of Assembly candidate, Hon. Aderemi Oyewole was attacked and later moved to our MHA candidate’s house, broke in unlawfully and ransacked the whole house without finding any incriminating evidence.

“No amount of threats, intimidation, and harassment will stop Idanre/Ifedore from voting for PDP candidates in the forthcoming February/March 2023 elections. We call on the commander, 32 Artillery Brigade to investigate these men in “Hon. Tajudeen Adefisoye, who brought them, should be interrogated to explain where he got the soldiers from. No doubt, the Rep member has a mobile armoury which houses arms and ammunition of high calibre and camouflage of Nigeria Army.’’

However, in his reaction, the embattled federal lawmaker denied the allegations, saying he didn’t bring soldiers to the community, nor did he attack anybody with alleged fake soldiers.

“I didn’t bring soldiers to Idanre. It was the PDP candidate for the House of Representatives, Festus Akingbaso, and his supporters that attacked me. They destroyed my cars and the windscreen of my car was pierced by bullets,” Olafisoye counter-alleged

It was also reported that the Labour Party in Delta State also made an outcry when the state government denied the party a sizeable venue for its presidential rally.

However, the Delta State Government has said, contrary to online reports, it never denied the Labour Party a venue for its presidential campaign rally in the state.

This was contained in a statement issued on Sunday by the State Commissioner for Information, Mr Charles Aniagwu.

The PDP chastised LP chieftain, Professor Pat Utomi for making false and misleading claims that the government denied the party a venue in the state for its presidential campaign.

He said, “The Labour Party creates the impression that it is being oppressed across the length and breadth of this country to attract sympathy. The Labour Party did not write to us as a government to say that it was going to have a rally in Delta. Somebody as highly placed as Prof. Pat Utomi went to town to allege that they have been prevented from campaigning in Delta.

“Someone representing Prof. Utomi called me on Sunday morning ahead of their rally on Monday morning, and I asked what the issues were. He said he would be glad if I could give them the Arcade for their campaign. And, as I said, you are having a campaign on Monday, and you are making phone calls to demand a venue on Sunday?

“However, the state government immediately, within three minutes, reached out to the Oshimili South Local Government Council and secured a waiver of all formalities and made the Arcade in Asaba available for the Labour Party to hold its presidential rally.”

The Commissioner further said that to demonstrate the state’s democratic credentials and tolerance for the opposition, it graciously waived the amount payable for the venue.

Similarly, in Ogun State, the LP Chairman, Michael Ashade, said on Tuesday that the party does not have a secretariat in the state capital.

This is as he alleged that two attempts to get a space to serve as the party secretariat in Abeokuta were truncated.

Ashade said, “I can tell you two instances where we tried to get a secretariat for the party but were not successful.

“Twice when we wanted to get a secretariat for the party, the landlords just turned it down once they knew it was the Labour Party. We are still on the lookout.”

Meanwhile, the LP situation in Enugu State is a little different, as the party said the ruling party in the state, the PDP, has not denied them (opposition parties) the opportunity to acquire offices in the state capital.

Mr Casmir Agbo, State Chairman of the Labour Party, told one of our correspondents that muzzling opposition parties had become a recurring theme in Nigerian politics, particularly in Enugu State.

Agbo, however, maintained that despite their antics, his party has been able to navigate their roadblocks in Enugu State.

He said, “They began by attacking the machinery of the Labour Party’s campaign last year in August. It happened at Aninri, Awgu, Nkanu East, Enugu North, Udi, Igbo-Etiti, Igbo-Eze North, and Isi-Uzo, but we have been able to navigate them. And we cried out to the security agencies—police, DSS—and they came in, and it has actually reduced.

“Here in Enugu, they have not denied us having offices in the state capital, but what they now do is plant moles here and there, and we are able to navigate them again. We have overcome them, and we are moving forward. The other is that they tried to muscle the judiciary, which everybody was aware of.

“We are all aware of what happened at the Federal High Court in Abuja, where Justice Maha asked us to go for primaries even when the aspirant in question does not have the locus standi to challenge that process. And just last week, the appeal court overturned the lower court’s decision.”

The LP chair disclosed that having weathered the storm, the party is now preparing for the visit of its presidential candidate on Thursday (today).

“So, we are not perturbed by the antics of the ruling party, who we know are drowning and you know that a drowning man holds the floor.

“PDP is holding on to anything that can save it, but we have blocked all our channels and we are moving ahead to take over Enugu State Government. On May 29, our governorship candidate will be sworn in, and we will restore the state to normalcy where meritocracy and knowledge will rule over nepotism, corruption, and so on. We are tired of the poor performance of the PDP administration in Enugu State for the past 24 years.”

Efforts to speak with the Special Adviser to Governor Ifeanyi Ugwuanyi on Information and the overseeing Commissioner for Information, Mr Steve Oruruo were unsuccessful as he could not pick up his calls.

The state chairman of the PDP, Chief Augustine Nnamani, was also not available to react as he did not answer his calls as of the time of filing this report.

In a similar vein, the opposition parties in the 19 northern states under the auspices of the Inter-Party Advisory Council expressed concern over attempts by the ruling party to suppress their members ahead of the 2023 elections.

IPAC chair, who doubles as the chairman of the Social Democratic Party in Plateau State, Dogara Abubakar, lamented this in an interview with in Jos, the capital of the Home of Peace and Tourism state, on Tuesday.

Abubakar noted that in some states, some of its members had reported that the campaign posters, billboards, and other materials of their candidates were being destroyed by agents of the ruling party for no justifiable reason, describing the situation as unacceptable.

According to the IPAC chairman, “We have that ugly report in some states, including Borno, where some posters and billboards mounted by the opposition candidates were destroyed overnight by the ruling APC. We also have reports of an attack on the presidential candidate of the PDP after their campaigns in Borno. Even the SDP complained to us that they were facing that kind of threat from the ruling APC in the state. So, that is the situation in the north, and we are worried. There is some concern, and this must be addressed if our democracy is to thrive.”

Junaidu Abubakar, Deputy Director General for Media and Publicity, Atiku/Dan Barde Campaign Council, has decried incessant attacks, which he described as a deliberate attempt to tether its candidate in Gombe State, Jibrin Barde.

Abubakar noted that despite stifling measures, his party remained sure of victory.

He said, “The APC has been sponsoring those destroying our banners across the state. Regardless; my principal (Barde) will not allow youths to engage in thuggery. Nobody has been arrested so far, or prosecuted following the various attacks on our facilities.”

He disclosed that the current administration is threatened by the increasing popularity of his party and his candidates. 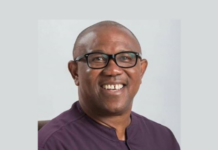 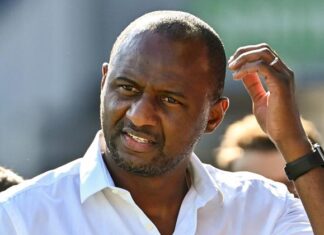