Two members of the All Progressives Congress were, on Wednesday, feared dead following an auto crash along Onuebonyi Road, by Sharon Junction, in the Izzi Local Government Area of Ebonyi State.

gathered that the party supporters were in a chartered vehicle belonging to the Onitsha South Mass Transit.

They were said to be heading for Iboko, Izzi council secretariat, venue of the campaign flag-off of the APC governorship candidate in the state, Francis Nwifuru, on Wednesday, when the incident happened.

The victims were said to be a man and a woman.

According to an eyewitness, who spoke on condition of anonymity, the accident occurred as a result of the carelessness of the drivers.

“One of the drivers was moving carelessly, but unfortunately for him, he collided with another car in an attempt to overtake.

“I learnt the victims had been taken to the hospital, but I’m sure two persons, a man and a woman, died instantly,” the source said.

A new sector commander was said to have been transferred to the state and would not make any comment. 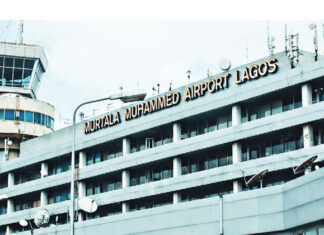