The presidential candidate of the Labour Party, Peter Obi, has said all monies borrowed since 2015 for the improvement of the national economy were wasted.

The LP presidential candidate stated this while speaking at the Chatham House in London on Monday.

Obi, while analysing the country’s rising debt, said Nigeria had successfully grown the N15 trillion debt as of 2015 to N75tn presently, adding that the sharp rise in debt was as a result of borrowing for consumption, submitting that the entire money was “thrown away.”

While stating that borrowing is essential for any economy to thrive, Obi reiterated that monies borrowed must be put into the development of the economy and invested into production.

“Japan is owing 230 per cent of their GDP but they invested the money to save their economy and even with that, Japan is still the largest holder of the US treasuries, so there’s something they can fall back on. So borrowing is not wrong.

“But what has happened is that when you borrow for consumption, you have a crisis. Nigeria in 2015 had a per capita income of $2,500, we were owing about N15tn. Today, with central bank’s ways and means, we are owing about N75tn, so we have grown that debt profile by over 400 per cent. That means that the money we borrowed was thrown away.”

Obi further stated that if elected, he would fight corruption to ensure that Nigeria becomes a country where its citizens are proud to hold its passport and foreign investment thrives.

“Investors will come back, those who left and those who are leaving will come back, we want to bring them back. Nigerians are prepared to come back if they can find that they have a country to go back too. This green passport, Nigerians must be proud to use it again,” he said.

reported in November 2022 that the LP presidential candidate first stated that borrowing must be channeled strictly into production, while explaining his consumption to production theory.

He also said then, that federal borrowing for consumption must stop and be channeled into regenerative projects.

reports that Nigeria’s public debt burden may hit N77tn if the National Assembly approves the request by the President, Major General Muhammadu Buhari (retd.), to restructure the Ways and Means Advances.

The Ways and Means Advances is a loan facility through which the Central Bank of Nigeria finances the shortfalls in the government’s budget.

The Director-General of the Debt Management Office, Patience Oniha disclosed this during the public presentation of the 2023 budget organised by the Minister of Finance, Budget and National Planning, Dr Zainab Ahmed. 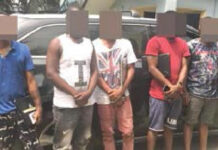