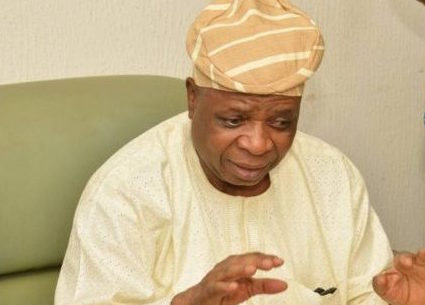 There is no end in sight to the controversy trailing the tenure of Prince Uche Secondus as the chairman of the Peoples Democratic Party (PDP). In this interview, a former Minister of Transport, Ebenezer Babatope, expressed optimism that the party would come out of the raging crisis stronger than ever.

Your party, the Peoples Democratic Party (PDP), is in disarray over the Secondus-led National Working Committee (NWC).  What is your take on the scenario that is playing out?

The governors of the PDP have met and they have told the world what will happen. We are going to have a convention and Secondus will manage the party until the convention. After the convention, he leaves. That is the solution.

If he goes after the convention, which zone are you expecting to produce the next chairman from?

We are going to ensure that the zone to produce the chairman will be the zone that will be able to win victory for the party in the 2023 elections.

There is agitation for the slot in the Southwest. Are you saying that the Southwest can ensure victory for the party in the coming elections?

I belong to Bode George group of the PDP. We are going to take a final decision on this matter this week. As far as I am concerned, I believe the Southwest is a winnable zone and we are prepared to ensure victory for the party.

What about powerful big wigs like the governor of Rivers State, Nyesom Wike, who are strongly opposed to Secondus?

Wike was party of the governors’ meeting. One would have expected him to express his opposition at the governors’ meeting before Governor Aminu Tambuwal of Sokoto State informed Nigerians and the world about what is going to happen sometimes in October. Secondus will manage the party till that time and then leaves. I don’t think there is anything personal issue between him and Secondus. They may have disagreement, but they can’t destroy the party because of the disagreement. If he agrees with what the governors have said, it will help the party to move forward and reposition it to win the 2023 elections.

The contention of those opposed to Secondus is that the party has not been well managed or positioned to win the next elections. Do you agree or disagree?

I want to assure you that by the grace of God, all members of the PDP , including all Nigerians, who are concerned about what is happening in the country, will ensure the defeat of APC government in the 2023 election. And when that happens, Nigerians will see that the PDP is desirous of victory. We will do everything in our party to ensure that we have that victory.

Election is not about mere wishes, it is about programmes and organization. But you know, of course, that your party has already lost some formidable forces to the APC, including three governors and members of the National Assembly. Is that not an indication that the party needs to put its acts together to be able to put up a good fight?

I agree with you that we have to get our acts together so that we can put up a good fight and that is what we are doing. We are doing everything to ensure that we put our acts together so that we can have victory. The point is that party organization is not rub my back and I rub your back. It is a serious matter that involves the support of everybody to ensure the victory of the party. What is happening now is a wakeup call for all of us to rise up and support the party to win the next elections. We are very mindful of the fact that we are serving the supreme interest of the Nigerian people and everything will be done to have victory.

As you have said, you belong to Bode George Southwest faction of the PDP. Would you say that everything is well within the Southwest of the party to guarantee its victory?

In Osun State, we are ready. We cannot say we don’t have problems, but all problems will be put aside. We have a Chairman in the State, Mr Sunday Bisi, who is working hard to lead the party to victory in the coming governorship election in the state. Aside from that, our candidate is Senator Ademola Adeleke and we are going to make sure that his victory will be a total victory.

You spoke about Osun State, what about the Southwest as a whole?

That is my state and they say charity begins at home. We in the Southwest are ready. We have problems, but we are going to solve that problem. Don’t forget that we had Southwest zonal election where Arapaja emerged as the chairman. We are going to work with him to give us direction.

For Osun State, are you foreclosing the possibility of primary election as you have confirmed that Adeleke will be your flag bearer in the coming governorship election?

I am talking about my own opinion. We have formidable people in Osun State who can effectively govern the state. We are not going to be divided over matters that are not serious. Southwest is equally as prepared as Osun State for the next elections.  We are going to have election that will give us victory in the party.  We are very ready to take over power from Governor Isiaka Oyetola. Everybody knows that we were robbed, daylight robbery. This time around, we are ready. I am not saying that we don’t have problems, but we are going to solve those problems. And by the time we solved the problem, we will ensure victory in all elections including the national elections.

How do you see the preparation of INEC to ensure free, fair and credible elections at all levels?

Honestly speaking, I cannot vouch for INEC. The mere mention of INEC by you raises fundamental fear in me. INEC is never to be trusted until they do things and we see that the things are done well.

What is your thought about the state of the nation?

May God save our country because whether or not we like it, Nigeria belongs to all of us. We must invest in peace, security, unity and progress of the country. I am appealing to the APC to be firm in their mind that they are going to conduct free and credible elections.

The issue of credible election is far beyond making an appeal to the ruling party for a credible election. Opposition must also do its part by insisting that the right thing is done. How are you doing that?

I can assure you that we will do everything in our power to ensure that we cooperate with anybody who wishes Nigeria well by having free and fair election. And that is why I am appealing to the APC because all these things they are playing by enticing the governors will divide our country. We don’t need it.

With the President’s assent to the PIB, there is speculation that the pump price of Petroleum may be in the region of N250 to N300. What do you have to say about this?

I wish them the best of luck. But all these contradictions will add up to affirm the opinion of Nigerians that the APC government should be put aside in 2023.

The issue of state creation was again brought to the fore by the National Assembly even though they have denied it. Do you see the creation of a new state as a solution to the mirage of problems facing the country?

It cannot be, it will be a terrible distraction. All I know is that by the grace of God, everything will be well because all Nigerians are quite focused on having a proper election devoid of rigging. 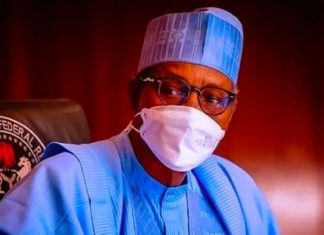