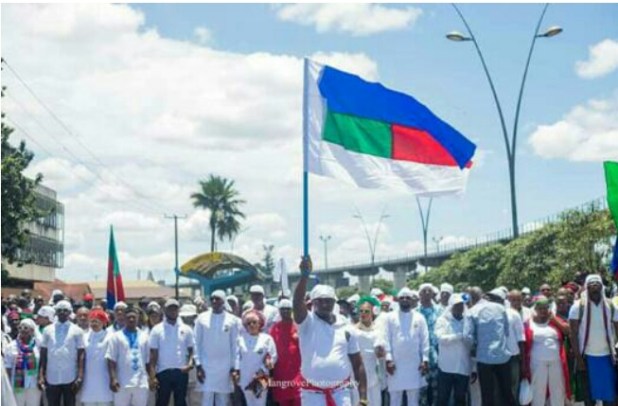 The Ijaw Youth Council (IYC) Worldwide, has urged politicians from Ijaw extraction to always close ranks and work in unity to develop Bayelsa.

The youth council also commended Gov. Douye Diri on his two years anniversary as governor of the state.

The IYC President, Peter Igbifa, stated this in Yenagoa when he led members of his executive council to present Gov. Douye Diri, a letter of credence confirming an award bestowed on him by the youths as the Grand Ambassador of IYC.

Igbifa commended Diri for his commitment to the development and progress of Bayelsa and the Ijaw nation, describing his leadership style as outstanding and credible.

The News Agency of Nigeria (NAN) recalls that February 14 this year, marked Diri’s two years in office as governor of Bayelsa.

“We have decided to confer on you the Grand Ambassador of IYC for your outstanding and credible leadership style. You have shown love and commitment to developing the Ijaw nation.

“You have also worked for the unity of this nation beyond party lines, and that is why we are calling on all politicians in Ijaw land to close ranks and work in unity despite their party affiliations for the progress of the Ijaw nation.

“They need to join you to spread the love because we must put a winning plan in motion to achieve a prosperous nation,” he said.

While receiving the award, Gov. Diri, popularly called the ‘Miracle Governor’, thanked Igbifa for the recognition and commended him for changing the narrative in IYC.

He described the letter of credence as a strategic gesture and huge encouragement for him to do more.

“This is the first letter of credence written by a renowned youth organisation in recent times,” he stated.

Describing Igbifa as the first Deacon of the council, Gov. Diri asked him to put God first in the activities of the IYC. (NAN)