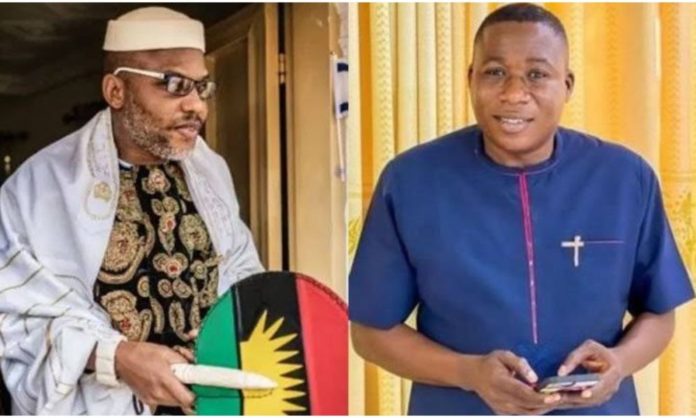 On Thursday, the African chapter pressed for the release of Indigenous People of Biafra (IPOB) leader, Nnamdi Kanu, and Yoruba Nation agitator, Sunday Adeyemo a.k.a. Igboho.

The organization advised Buhari to go into 2022 with renewed determination to end issues fuelling the clamour for secession.

At a virtual summit attended by hundreds of participants, the OPU expressed worry about the trajectory of the nation since independence.

The OPU Convener insists that the only way to bring back progress is to allow federating units to develop at their own pace.

Lamenting the fate of millions of citizens, Adams warned that the country is moving slowly when others are advancing rapidly.

“Today, ethnic nationalities are crying for justice. There are some factors hindering the efforts toward national development.

“This includes poor justice system, bad leadership, poor legislation and corruption. To save Nigeria, we must go back to regionalism.

“We must discourage sectional and religious sentiments affecting nation-building. We must rid the country of corrupt leaders”, the Yoruba leader stressed.

Dr. Adebowale Adeyemi-Suenu of the Department of History and Diplomatic Studies, Olabisi Onabanjo University, argued that the British philosophy was not to make a nation.

The lecturer said they only created “a cosmetic arrangement” that later triggered ethnic conflicts and disunity.

Adeyemi-Suenudon told the government that unless the salient issues are holistically addressed, calls for Nigeria’s split will not end.

“The agitations are directed to an entity called Nigeria. To build a nation, we must go back to the roots of the problem.

“The post-colonial issues that brought Nigeria to its knees include injustice, nepotism, corruption and abuse of human rights”, he listed.