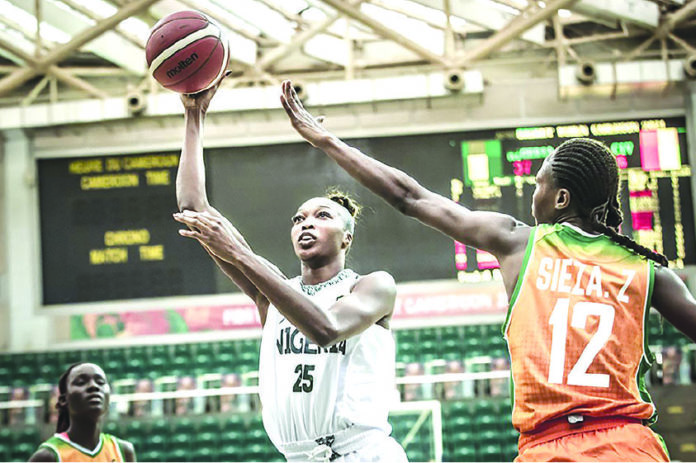 Host and finalist of the 2019 edition of the Afrobasket, Senegal will today file out against Nigeria in the semi-final for a back-to-back final in what is clearly going to be a grudge game.

Nigeria had defeated Senegal 60-55 in front of their fans at the Dakar Arena to retain the FIBA Women’s Afrobasket title in a second consecutive tournament. Senegal had also fallen 65-48 defeat in Mali back in 2017.

Today’s match will see both sides seeking a third straight final but would have to go past this stage.

The reigning African champions took control of the game from tip-off and running at 10-0 in the first two minutes of the game and ending the first quarter 24-8.

The second quarter of the game was no different as the Nigerian girls stretched their lead to 19-13 but the third and fourth quarters saw a resurgence of the Ivoirens defending better and making the baskets at 16-14 and 13-21.

Ezinne Kalu led the floor with a game-high of 17 points, 4 rebounds, 6 assists.  She was followed by Victoria Macaulay 13 points and Promise Amukamara 11 points.

Meanwhile, Nigeria coach Otis Hughley Jr took a swipe at officiating in the ongoing Afrobasket for Women. Hughley spoke moments after D’Tigress defeated Cote d’Ivoire 72-56 to book a place in the semi-finals.

The coach of the back-to-back African champions said players who are used to quality officiating in other leagues across the world could be discouraged from participating in African competitions.

He said, “We want to see a foul called out as foul; let’s take politics out of this event. If we keep condoning rough play, then we will chase good players away; players who are used to quality officiating would stay away. Bad refereeing will chase people like this (pointing to Ezinne Kalu) away from African events.”