The “Operation Zenda JTF of the  Benue State Police Command has arrested two notorious suspects, Musa Jubril, 36, and Dag Gor, 27, for their roles in the kidnap of  some victims on  their farms in Otukpo communities, Ado community and Ogbadibo community in Benue State.

The suspects also collected N5 million as ransom after  the victims had spent five days in their custody before they were released in Otukpo Local Government Area of Benue State.

Benue State Commissioner of Police, Mr. Wale Abass told Saturday Sun that the three communities, Otukpo community, Ado community and Ogbadibo community have been terrorised in the last two years. He said the culprits are a five-man gang of armed robbers and kidnappers who have been making life difficult for people in the communities, especially residents going to the farm as well as those working on their farm. After kidnapping the victims, they later demanded millions of naira as ransom. It was not until the victims’ relatives had paid the ransom that they released the victims.

He said on January 20, 2020, the five-man gang of armed robbers and kidnappers had abducted three victims on their farms in Otukpo community and took them away. He said the sum of  N300,000 was paid and the victims were released.

“In June 2020 in the Ado community, they kidnapped two women on their way to the farm and took them to their hideout and demanded ransom. They kept them until their family paid N150,000  before they were released.

“Also, in August 2020 in the same Ado community, two victims were kidnapped and after collecting their valuable items, phones and money, the case was reported to the hunter’s group who waded into the matter. The  kidnappers collected N150,000  and abandoned the  victims in the bush.

“In July 2021, the same gang invaded a farm in Otukpo community and robbed the victims of their valuable items. They also collected the phone. The three victims escaped to their farm. The same gang came four days later and kidnapped a young guy who was working on the farm and demanded N500,000  ransom. It was not until when N100,000  was sent before they released the victim.

“In November 2021, the same gang kidnapped two victims in Ogbadibo community and wanted to kill the victims. But when a vigilance group started combing the forest, the kidnappers took a N100,000 ransom and abandoned the victims along the bush.

“On December 25, 2021, the same gang kidnapped one victim in Ado community and through the efforts of the vigilante group, the victim was rescued.

CP Abass further said that the “Operation Zenda” had an encounter with the bandits where they blocked the road along Adankari/Otobi Road in Otukpo Local Government area of  Benue State.

He said the “Operation Zenda” Commander, Justin Gberindyer, and  his operatives swung into action and had an encounter with the hoodlums on February 12, 2022. Two suspects were subsequently arrested –  Musa Jubril and Dogo Gor and recovered  from them two AK47 rifles  with number 291011915 and 184343, pump action, 32 round s of ammunition and cartridges.

He said the two suspects are in police custody and have confessed to the crime.

Saturday Sun visited the Otukpo community where one James Ejembi, one of the victims spoke to Saturday Sun. He said: “I hail from Otukpo Local Government Area  of Benue State and I am a farmer. The Otukpo community has been under siege of armed robbers and kidnappers who have been terrorising us in the farm. They always come in the morning when we are on the farm. They kidnapped me and one of my workers, took us to their forest and demanded one million naira. We pleaded and pleaded, and they accepted N200, 000 from us, and then we were released from their forest. We reported the case at the police station at Otukpo and to the vigilante group. They searched the forest and some bush yet the hoodlums escaped from the police operatives. It is not only Otukpo community; Ado community also experienced what we encountered. We are happy that the police operatives arrested two of their gang members. Today, the Otukpo community is relieved  of the activities of the hoodlums.

A victim, James Ortom added: “I am from Ogbadibo community in Ogbadibo L.G.A Benue state. We saw hell. It was terrible when bandits would come and rob us and kidnap us from the farm. Sometimes we find it difficult to go to the farm. We are scared when going to farm. The vigilante group has assisted us to comb the bushes, yet the hoodlums always escaped from them. We suffered seriously at the hand of the kidnappers. The little money we made in our farm, we pay it to the kidnappers after robbing us and kidnapping our wives and children in the farm. Since we heard that the police have arrested the two suspects, we still want the police to come again and help us to comb the bush and forest in our community.”

Another victim, Benson Susame said: “I am from Ado community in Ado L.G.A of Benue State. The three communities have encountered bandits who terrorised us, robbed us and kidnapped our people. The police operatives and vigilante group have always assisted us to comb the bush, yet we still suffered from the hoodlums who terrorised our people in the farm. We have ten victims that were kidnapped in the Ado community. It was our God that we called sometimes to rescue us. We make different sacrifices and homage which protect us from all evil in the land,” he said.

One of the suspects, Musa Jubril hailed from Doma Local Government area of Nasarawa State. Speaking with Saturday Sun he said: “I am a cattle rearer. We are ten gangsters and are into armed robbery and kidnapping. We started terrorising the three communities in Benue State. We kidnapped some victims in Otukpo community and collected some money from them before releasing them. We used the cattle rearing as a trade to go through the bush which enabled us to move from farm to farm. We have had several encounters with the police operatives and the vigilante group. Some of our gang members were killed while some escaped with bullet injuries”

“We wanted to carry out another operation along Adankari/Otobi Road where we blocked the road. Suddenly, we heard gunshots from the police operatives and I was arrested while my other gang member escaped with bullet wounds. They recovered our AK 47 rifles, magazine and 30 rounds  of ammunition from us. I have confessed to the police.”

Another suspect, Dogo Gor told Saturday Sun: “I hail from Kaduna State. We have robbed and kidnapped people in three communities and collected their valuable items. My major role is keeping the arms and ammunition which we used to carry out the operation. It was when the police operatives intercepted us after we blocked the road that I was arrested. Then they discovered where we kept our arms and ammunition when they searched my house,” he said.

CP Abass said that the suspects will soon be  charged to court. 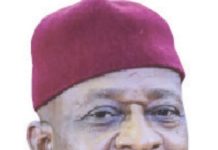 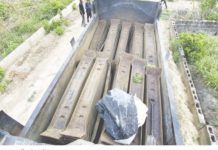 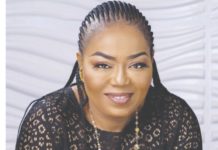 Why I left oil and gas for fashion designing –Balogun