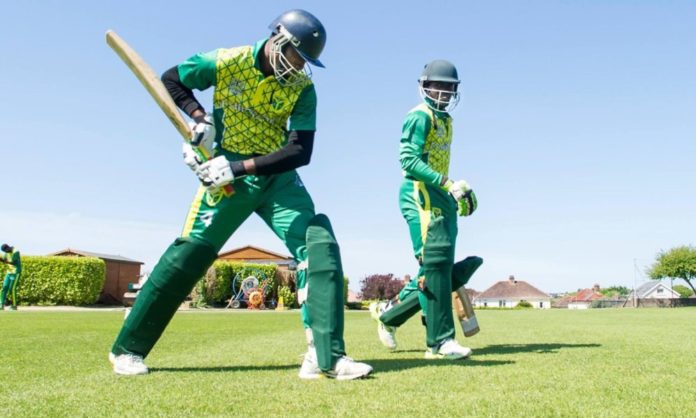 Obinna Ohurogu, the coach of the Nigeria Cricket Federation (NCF) has finally broken his silence on why the federation introduced the sport in Taraba State.

Speaking at the state sports council, Ohurogu said the introduction had become necessary in order to engage pupils and students of primary, secondary and tertiary institutions on the game.

Stressing the association’s readiness to take the game to greater height, plans to engage games masters of various schools, according to him, have as well been mapped out.

While admonishing parents and guardians to collaborate with the state sports council and the cricket federation by encouraging their children and wards to embrace the sport, the leadership of the federation as stated by him, will leave no stone unturned in order to make the game acceptable in the nooks and crannies of the state and the country at large.

Visibly elated by the introduction of the game, the state director of sports, George Shitta, described the feat as the first of its kind in the history of the state, stating that “this is the first time the game was introduced to join other sporting associations.”

He assured the Nigeria cricket Federation of his readiness to support them amidst the abundant talents littering the nooks and crannies of the State.

Also pleased that the cricket coach would be stationed in the state, the state governor, Arc. Darius Dickson Ishaku, Shitta said, will thread extra legitimate miles to make the game acceptable in all parts of the state.

Describing Ishaku as “a lover of sports”, he was optimistic that the newly introduced sport, will not be relegated to the background by the incumbent Governor of the state.

Shitta who went ahead to reveal how the governor has catapulted the the game of golf to the height and that the arrival of cricket game to the state “is a plus to his rescue mission.”