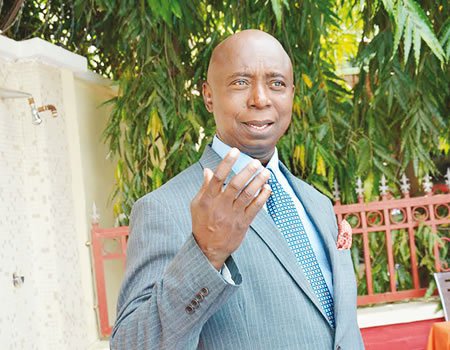 Chairman of Prince Ned Nwoko Foundation and Antarctica explorer, Ned Nwoko, has explained why he is seeking the Federal Government approval over the establishment of a separate agency that will strictly handle malaria issues in the country.

He said establishment of an agency for malaria eradication is the only way by which the quest to eradicate malaria in Nigeria will be achieved, saying the agency will focus only on issues relating to malaria.

He spoke in Abuja when he hosted Arewa Youth Vanguard for Change and Development and other students union who honoured him with the leadership excellence award  for humanitarian service to mankind. According to him, the same kind of speed with which the entire world came together to do research and invent effective vaccines against COVID-19 can be applied to invent reliable vaccines that would deal a death knell on malaria scourge which is still ravaging Africa and some other parts of the world.

Nwoko attributed the lukewarm global approach to the malaria challenge to the fact that it is often viewed as Africa’s problem by the developed nations whereas the disease claims over 400,000 lives annually.

The former federal lawmaker said his foundation was collaborating with stakeholders to eradicate malaria in Africa through a combination of steps. These steps, according to him, include environmental sanitisation through proper waste management, fumigation of the environment and research for an effective anti-malaria vaccine.

He also disclosed his foundation was working closely with relevant lawmakers on a bill which he has forwarded to the National Assembly for the establishment of malaria eradication agency.

“Research has revealed malaria and mosquitoes are not natural to us: they can be eradicated. The first thing is to address the cause, mosquito, which breeds and multiplies in dirty environment.’

The chairman of Ned Nwoko Foundation also lamented the huge amounts of refuse dumped all over the country, thereby posing great risks to health.

The federal lawmaker also said it is regrettable there is no recycling plant in the country.

Nwoko, therefore, said concerted efforts should be put in place to ensure the establishment of recycling plants in all the 36 states of the federation and the Federal Capital Territory, Abuja to manage wastes.