A chieftain of the ruling All Progressives Congress, APC, Jackson-Lekan Ojo, has called on Nigerians to discard primordial sentiments in deciding who rules the country in 2023.

He pointed out that the country cannot afford to entrust a mediocrity with the enormity of the work at hand.

The Port Harcourt-based politician urged Nigerians to consider experience as the major yardstick in determining who rules the country next.

The party chieftain also spoke on zoning, Igbo presidency and post-convention APC and other major developments in the country.

How do you assess the jostling within the ruling All Progressives Congress, APC,  and the leading opposition, the Peoples Democratic Party, PDP, in attempts to come up with sellable presidential candidates?

In APC, Senator Ahmed Bola Tinubu has come out clearly that he is contesting the presidency and he is already making consultations about his intention. Again, rumour is also making the rounds that Rotimi Ameachi is also interested in the position. I listened to Senator Orji Uzor Kalu and he said if the position is zoned to the South that he would contest. There is also rumour that the like of Akpabio, Ngige are also eyeing the position among others. In PDP, there are people like Atiku Abubakar, Tambuwal, Bala Mohammed, Senator Bukola Saraki and a host of others. When you look at these people they are all aspirants; not all of them are presidential materials. Without being bias, Bola Tinubu, in spite of the complaints about his age, is a presidential material because he is a nationalist and he has the political clout. Atiku Abubakar is also a presidential material because he has the political clout. There has being complaints that age is not in favour of these two people. It is only in Nigeria that age is considered as a major factor. When you look at the US, the Speaker of the House of Representatives is 80 years old. President Joe Biden is going to be 79. But in Africa and in Nigeria in particular, age is made to be a determining factor in a lot of things, especially in politics. That is why people are complaining about the age of these two people. Still talking about presidential materials, there is Prof Yemi Osinbajo, people like Ameachi, Orji Uzor Kalu are presidential materials, considering their experience in politics over the years. Tambuwal too is youthful and experienced. These people are capable of running the country without running it aground. But the rest of them are just presidential aspirants, they are not the kind of people we need in 2023. This is not the period we should vote for any mediocrity because whoever is going to take over in 2023 will have to do a lot of work because things have gone so bad. The person that will repair it must be a very capable person that will be ready to step on toes in fighting corruption, in re-positioning the economy. It is not a position for somebody like Godswill Akpabio who ran NDDC aground. He is just an aspirant. NDDC contractors are dying because they are being owed.

You are of the opinion that age shouldn’t be a factor in choosing Nigeria’s next president.  But President Buhari once admitted that he would have done better if he were younger. How do you react to this?

That is the reason I said age could be a minus to politicians in Nigeria. In western world it is never an issue. Is Buhari up to the Speaker of House of Reps in the US? Donald Trump should be around 80, Joe Biden too.  In the Western world age is not a barrier; it is only in this part of the world that we see age as a major barrier. Personally, I believe an experienced and healthy old man is much more preferable to a younger generation that does not have the experience. That is why most of our younger generation of governors are misbehaving. A governor has N19 billion kept in his private account in a bank. The said money was a bailout fund. Can people like that be seen as a reference point of youthful and good governance? Age is never a barrier to good performance. What happened to Buhari should not be a yardstick to rule against any elderly person in Nigeria politics. Buhari has a peculiar case because of his health so that should not be used as a yardstick to nail Tinubu or Atiku.

PDP is still dillydallying on the issue of zoning in the face of the general view that the South should produce the next president. How do you react to this?

I am never a supporter of zoning arrangement. When Obasanjo was the president, despite the fact that he is from the Southwest, the road between Lagos and Ota, his farm and to Abeokuta, his hometown, was in comatose throughout his eight years in office. Obasanjo did not favour any Yoruba undeservedly. Those who gained appointment under him were all qualified.

Advertisement
Lagos State was not allowed to have 37 additional local government councils whereas when Lagos had 20 local government councils, the old Kano State had 20 local government councils. But when they removed Jigawa State from Kano, Jigawa has 26 local government councils while Kano has 44. That means the old Kano that had 20 local government councils with Lagos State now has 70 local councils but Lagos still has only 20 local councils. Tinubu tried to create more, but Obasanjo prevented him even when the Supreme Court ruled in Tinubu’s  favour Obasanjo disobeyed the rule. It was Yar’ Adua from Katsina State that released the seized funds to Lagos. So what is the fuss over zoning? The Rivers money that Jonathan seized was released by Buhari, a northerner. The reason most people are so interested in zoning is because the current administration decided to take nepotism to unprecedented level. People are of the opinion that if a southerner emerges as the next president, perhaps he will also favour those who are at disadvantage under Buhari. There is no geo-political zone in the country that cannot parade an array of presidential materials running into thousand. Zoning will disenfranchise qualified and competent presidential materials. We should allow people to test their popularity without disenfranchising anybody. We claim we copy western democracy, but is there zoning in the US? Our collective concern should be a candidate that can help the country out of the woods; not where the person comes from.

Where do you see the ruling party after its national convention considering the crisis that dogged the party in the build up to its convention?

APC is on its way to final extinction. The party has got to a stage where the crisis within the party can no longer be resolved. The crisis has degenerated to real feud. Some governors few weeks ago referred to their counterparts as ‘yahoo yahoo’ governors. Ironically, the so-called yahoo governors defeated the other 19 governors. Don’t forget that some of these 19 governors had threatened that should Buni return as the chairman of the party that they would withdraw their membership of the party. In a normal society, the words of political leaders are always their bond. But in Nigeria we have so many shameless politicians. The party is going into this convention in multi-faceted crisis. They already know the favoured national chairman, they already know the favoured national secretary; and they already know where the pendulum will swing if certain individuals win the election as national excos. Some of the party giants that will be disappointed by the outcome of the exercise will pull out of the party instantly. The ACN, the CPC, the ANPP and the new PDP, the APGA, all within the larger APC are already polarized and scattered. I can tell you clearly that we have nothing less than eight to nine factions within the APC now. Unfortunately, the only person who could call them to order, the president, has no further stake in the party after his tenure.  In fact, Buhari has even forewarned that the party might not outlive him. And truly, I doubt if APC will outlive Buhari. By Saturday evening or Sunday morning, APC will walk out of the convention in about eight directions. A lot of them are waiting for the party to be killed and buried before they walk out of it.

You have said that you are not a supporter of zoning. How do you think the grievance of the Southeast, which many believe will be better addressed if given the chance to rule the country after Buhari be tackled?

If you want to consider equity, I believe the Southeast deserve it. But do they desire it? The people that desire it are the downtrodden. If you believe you want to preside over a united Nigeria, I think this issue of IPOB should have been killed and buried or at worst should have been temporarily kept aside. IPOB is still acting in a way that does not show the Southeast is ready to preside over a united Nigeria. Most of the people in IPOB constitute about 60 per cent of the voting population. The political leaders and elders in the zone ought to have done some work on the organisation that will make a lot of people in the country to be convinced that the zone is ready to preside over a united Nigeria. There is no way the other geo-political zones in the country will trust you. Because the zone has not convinced the nation that it is truly ready to preside over one Nigeria.  There is no political unity in the Southeast. 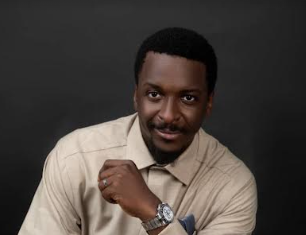