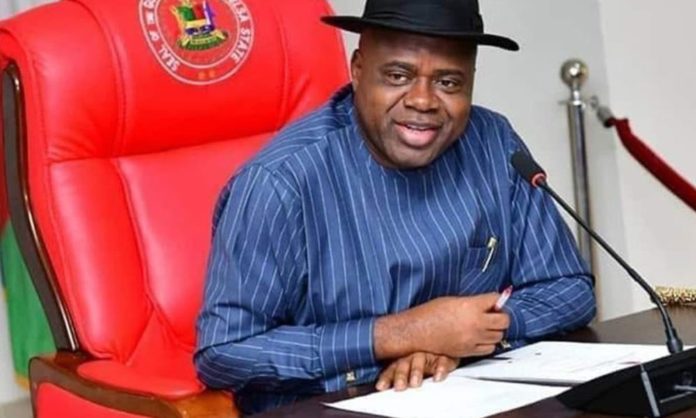 Governor Douye Diri has offered insight into why he visited former President Goodluck Jonathan after he was sworn-in as governor of Bayelsa State.

Diri who spoke during a special edition of Sunrise Daily of Channels TV held at the Government House Bayelsa, explained that the visit to Jonathan was part of his efforts to unite the people of the state.

According to him prior to the governorship election, talks were rife in the state that Jonathan was backing another aspirant so when he was inaugurated as governor he had to visit the former President to state that there was no winner or loser.

Diri while stating that his road to becoming governor was tortuous disclosed that he has visited other political leaders in the state including the leader of the All Progressive Congress (APC) in the state and Minister of State, Petroleum Resources, Chief Timipre Sylva as part of his building pace process.

“For me the journey to Creek Haven as Bayelsa State Government House is known was a tortuous one.

“There was too much bitterness within the political system in the state. And there was too much hatred. In fact on the D-day of my swearing-in, I had to change my address to look at giving an olive branch and calling for peace so that we can forge ahead as a state.

“ Truly what crossed my mind at that time was to first unite the people and where there is darkness to give light.

The story out there was that Former President Goodluck Jonathan was not supporting me but when I came I said we are very few and for us to have the opportunity for our state to produce the president of Nigeria, whatever story out there I must go to him. He was one of the first people I went to after my swearing-in. I went there to say no winner, no loser.

“ I personally also met with Chief Timipre Sylva in Abuja and several other political leaders in the state and I can assure you those several meetings produced results.”

On the Nembe massacre, Diri who recalled the killing of people during his campaign said he has been able to assuage those who were injured and those who lost loved ones.

He however said those fingered to have perpetrated the killing would be made to face the law for their actions.