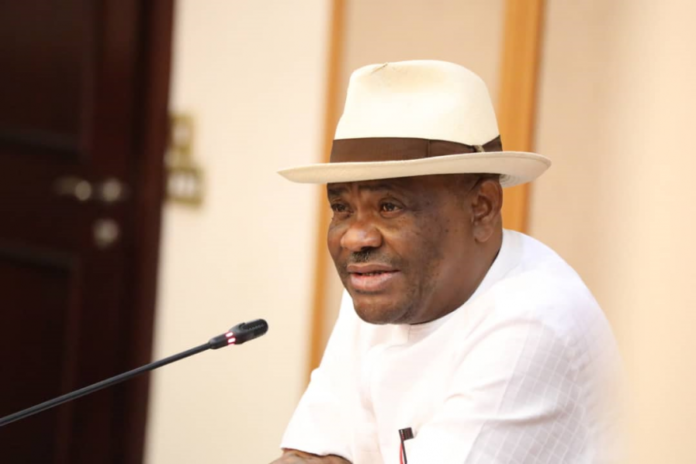 The governor maintained that the president lacks the power to determine whether Section 84 (12), which he claims will disenfranchise serving political office holders, is in conflict with the provisions of the 1999 Constitution as amended.

Speaking in an interview with Channels TV on Friday night, the governor insisted that by faulting Section 84 (12) of the Electoral Act, the president was usurping the power of the judiciary to interpret the law.

“Unfortunately, what we have today is where the executive arm has taken the position and the role of the judiciary of interpreting the law. The legislature said this is what we have done; it is not the duty of Mr President to interpret that Act.

“The duty of the president is to assent to the bill; let those who are affected, if at all, go to the court to challenge that particular provision. And not for the president to write to the National Assembly to say there is a conflict. That is usurpation of the power of the judiciary. You want to make the judiciary to be idle.”

Governor Wike described the recent passage of the bill granting full financial and administrative autonomy to local governments by the National Assembly as a welcome development.

He explained that as a former chairman of a local government and national president of Association of Local Governments of Nigeria (ALGON), he was in support of autonomy of the third tier of government.

“I believe that the local government should be autonomous, and the only way you (can) solve this problem is that funds (is) allocated and meant for local governments should go to them directly.”

The governor declared that since he assumed office in 2015, he had never interfered with the funds of the 23 local government areas in Rivers State.

“As governor from 2015 to now, I’ve never one day, and I want to challenge anybody, to ask about the funds that come to the local governments. I’ve never. I learnt this from our mentor, Dr Peter Odili. When he was the governor of the state from 1999 to 2007, I was a chairman of council then. Dr. Odili never one day said he should preside over local government funds.”

The governor said if the country wants to operate true federalism, then, the three tiers of government must be autonomous.

According to him, even though the Federal Government has been suffocating the states, he would not advocate that states should suffocate the local government.

Governor Wike acknowledged that the 1999 Constitution may not be a perfect document, but strict adherence to its provisions could have tremendously helped the country’s democratisation process.

He cited the issue of Federal Government collecting Value Added Tax (VAT), and enactment of the Police Trust Fund Act as clear cases of breach of the provisions of the 1999 Constitution.