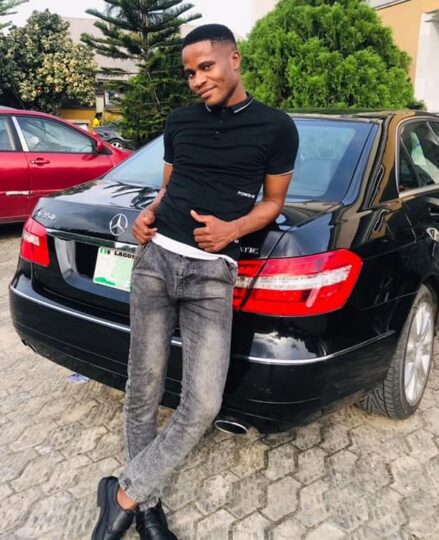 Sources said his remains was found dangling from the scaffold of a water tank where he allegedly hanged himself at the Ugbeyiyi area of the town.

Though he didn’t leave a suicide note, his last Facebook post on the date he died not only sounds like a suicide note but also gives a clue as to the reason he took his own life.

The post read; “I no longer have a mind of my own. Because I now do things I later regret. The struggle is not funny any more. I am still good at heart so you know.”

Though when Nwokorie made that post, none of his friends knew what he was up to or offered to offer any help.

However, if the post of the deceased is anything to go by, it points to the fact that he was battling with some mental health issues and needed help. “I no longer have a mind of my own,” he said, adding that he did things he later regretted.

Still, since the news of his death broke, many Nigerians have been reacting to it. Commenting on his last post on Facebook, many wondered why he took that route, saying he didn’t take the right decision.

Georgetown Emeka Ochiagha reacting to his death said: When he posted this there was no comment but now that he committed suicide everyone is here to shed crocodile tears.

Jennykeria Chinwe Akuwudike responded thus: Georgetown Emeka Ochiagha guy, people didn’t understand that post, I for one thought it was a quote or any other caption people give to pictures. So you that understood it, why didn’t you alert other people about it. You people should stop the habits o…

It is also instructive to know that some of the comments his friends posted revealed that he was bright student as an undergraduate at the University of Benin and had plans to get married this year.

One Perpetua Adanna said: Nnamdi why on earth!! Was the pain that bad! I had pains too I moved on, may what situations greater than us never come to us Nnamdi rest on for us. U were doing great in uniben😭 rest in peace dear brother.

Vicky Edward also said : Nnamdi nor b so u tell me u wan take shock me oo… haba … tot we were planning a wedding for u dis yr.”

Howvere, Bridget Ob Edafe, reacting to the suicide on her Facebook account, lambasted those he felt couldn’t come to the deceased aid when he was alive and battling with mental health issues. “Why do people showed more attention, concern to the death than the Living?” she said.

“But the question is, nobody saw the post of his, yesterday? No family, No friend saw this Young Man post and helped?

“The truth is, at the time this handsome young man Godson posted this he was already choked and he just needed people around him at that time. He posted to draw friends and family attention to himself.

“”But Nobody cared, no one could look to what he has posted with meaning!

“Some will look at the write up and comment take heart, God is with you, it is well oh when all is not well with the person.

“Oh Please! People are passing through a lot, We should try to pay attention to silence, talks and actions. People are choked with so many problem. The young man is no more is now, it is now, people will show concern.. but he is dead,” she lamented.