labour Party presidential candidate Peter Obi has reiterated his commitment to removing the subsidies on fuel. At the town hall on Sunday, he called the monies “an organised crime” and promised they would not stay a day longer if he were elected president. All I can say to him for now is, good luck with that! Removing the controversial fuel subsidy will take a steely resolve and uncommon integrity for any Nigerian president to achieve. That is because the subsidies on fuel are one of Nigeria’s legalised forms of corruption. Another official fraud is forex arbitrage, which is why it was hilarious when the Central Bank of Nigeria directed commercial banks to publish the names and personal details of those who default on a few thousand dollar. The real scandal of the Forex is executed in billions, but that is another story. What matters now is if the subsidy is removable and what follows.

We will recall that as a candidate, Maj. Gen. Muhammadu Buhari (retd.) famously described the fuel subsidies as a ‘fraud.’ As president, Buhari has probably compounded that fraud more than his predecessors. By the time he leaves office, his administration will have spent a cumulative N11tn on those subsidies. The costs sporadically ballooned from N317bn in 2015 when he came to power. Between January and June 2022, Nigeria averaged roughly N265bn in monthly payments. Buhari neither reformed nor even detected where the fraud he once alleged truly lay. Like his predecessors, he kept dumping tons of naira the country could not afford into a money pit. Since he lacked the guts to take hard decisions, he deferred action until June (when he would have left office and the allocated funds would have also helped run their party’s campaigns).

If you ask government officials why they pussyfoot around the corrupt venture called fuel subsidies, their favourite excuse is that removing them will deepen Nigerians’ woes. They claim that the attendant higher prices of fuel will have a multiplier effect on all other products and tank the standard of living. Ironically, the dystopia they consistently say they want to avoid for us is already the everyday reality of many Nigerians. Even without removing the subsidies, the costs of goods and services keep outpacing people’s purchasing power. The deepened woe they claim to be avoiding is how we live currently. So, what good has their benevolence achieved?

They also add that fuel subsidies removal would entail contending with the labour unions who will push back by embarking on industrial actions.

On that score, they are right. The regime of past military leaders like General Ibrahim Babangida saw some nationwide protests over fuel subsidies; the consequent restlessness forced his eventual exit from office. In 2012, President Goodluck Jonathan also moved to eliminate fuel subsidies and encountered similar resistance. Depending on who is telling the story of the attendant protests, it is either narrated as a tale of myopic protesters who gathered at the Ojota Park to fight what they did not understand, or an account of how certain elements mobilised and sustained disaffection against an ethnic minority president until he faced—and lost—his 2015 re-election bid.

What those historians typically overlook is the larger context of the disquiet. Globally, that was the era of the Arab Spring and the Occupy protests, where youths’ coming of age comprised rising to challenge corrupt and oppressive leaders in their respective countries. Locally, the protests also happened because the move to remove the fuel subsidies followed parliamentary investigations that revealed that between 2009 and 2011, the process had become charged with “endemic corruption and entrenched inefficiency.” The report showed a disparity of 24 million litres of fuel between what the country consumed and what was invoiced to the government. Also, the 2011 subsidy payments gulped over 900 per cent of the budgeted amount and carried an estimated $6.8bn fraud. To his credit, Jonathan promised reforms. However, there was enough reason to be cynical that he would punish a grand fraud perpetrated under his watch (and which supposedly funded his 2011 elections). After a week of protests by labour unions and civil society groups, he too backtracked.

Some while ago, a commentator remarked that fuel subsidies are one area where labour unions still manage to have the government by the jugular. I certainly hope those unions do not believe the hype. If they are truly that effective, they will get better working conditions for the thousands of workers who frequently go unpaid or survive on half salaries. While it is easy to believe that the fuel subsidies are hard to remove because the government cannot afford to draw the ire of labour unions, the reality is that the labour unions and their frequent resort (or threat) to strike over its removal serves the corrupt government’s purpose.

Fuel subsidies in Nigeria originated to cushion the effect of the oil price shock of 1973. In the 50 or so years since then, we have had leaders—from the military autocrats who defied international organisations to execute activists to the civilian leaders who can incarcerate because someone mocked the president’s wife on —but none of them could reform the fuel subsidies because of the overwhelming power of labour unions? That explanation is too simple. I am more inclined to believe that Nigerian leaders do not, in fact, fear labour unions. Instead, they use them to manufacture public consent in order to keep legitimate fraud ongoing.

Twice at least, the Buhari regime has announced the end of fuel subsidies. In September 2020, presidential aide Garba Shehu even penned an article where he observed that “history will be kind to…Buhari because in addition to his amazing ability to command votes, he will be remembered as the president who made real contributions to economic and overall national development by eliminating the evils of corruption embedded in subsidies.” In a stunning act of reversal, the subsidies were restored. One minute, history was kind, and in another, they made history unkind! The policy somersaults give an inkling into how they sustain the fraud.

Despite not receiving major pushback from the unions, they still stuck to their little game of responding to the routine union threats. They had become so wedded to the script of government-push-labour-pushback that even when their announcement did not elicit protests, they had no other recourse than the predetermined decision to retain the subsidies. They try to remove them just so they can feign their restoration and thereby extend its lifecycle. The subsidies are easy money for them and their cronies. No matter how much they insist the payments are ‘unsustainable,’ they still pay. The costs swell, yet they pay.

In November 2021, Minister of Finance, Budget and National Planning Zainab Ahmed said the fuel subsidies of N150bn monthly were no longer feasible. Her solution? To replace the bill with a N5000-a-month transportation grant to 40 million poorest Nigerians. Let us momentarily ignore the logistics of disbursing the money and focus on the ill logic of their arithmetic. To save the country from N150bn fuel subsidy expense, they would spend N200bn monthly. What else does that prove other than desperation to open another official line of sleaze?

Prospective Nigerian leaders insist fuel subsidies are fraudulent, but they do not remove them when they get to the office because they lack the will to confront the forces of darkness who profit from it. The All Progressives Congress presidential candidate says he will defy protests to remove fuel subsidies. Nothing about this politician’s antecedents suggests he will dare offend those he will spend his tenure appeasing. The Peoples Democratic Party presidential candidate will probably just create some Special Purpose Vehicle to keep the fraud alive. As for Peter Obi, again, I wish you lots of good luck! 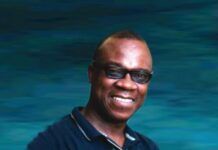 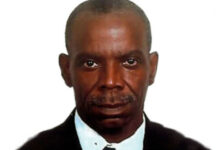 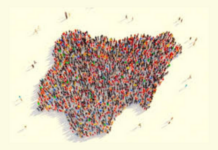 Social decadence and rot in society 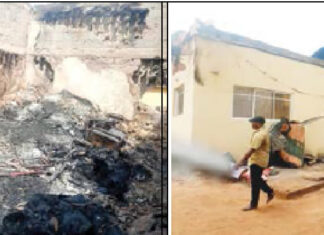