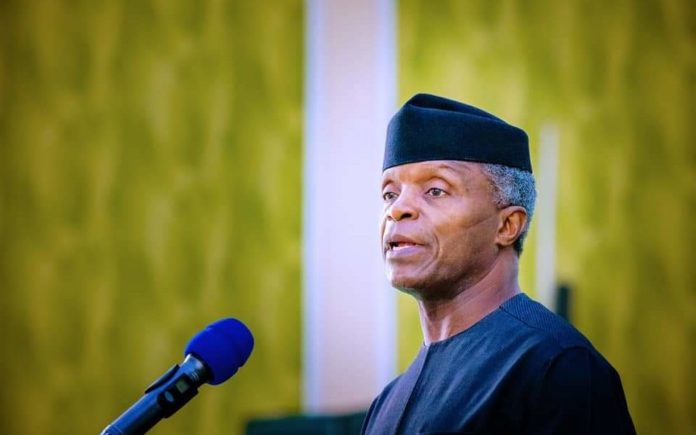 Vice President, Yemi Osinbajo has promised repentant Boko Haram members that the Federal Government would support them with a legitimate means of income.

Osinbajo said the legitimate means of income would help them start a new life.

He spoke at the Hajj Camp in Maiduguri, on Thursday, during his working visit to the State to launch the MSME Clinic and inaugurate various projects executed by the Borno State government.

Osinbajo also promised the repentant insurgents that government would provide them a place to stay, work, and carry out their legitimate business.

He assured than that the Federal Government would take care of them in the best way possible.

“We will be working with you and the state government and other donor agencies and friends to ensure that we are able to provide you with a means of not just income but a place where you can settle down with your families and do your own work and do your own business.

“But you must work patiently with us. We will make sure that we take care of you the best way we can by God’s grace. “