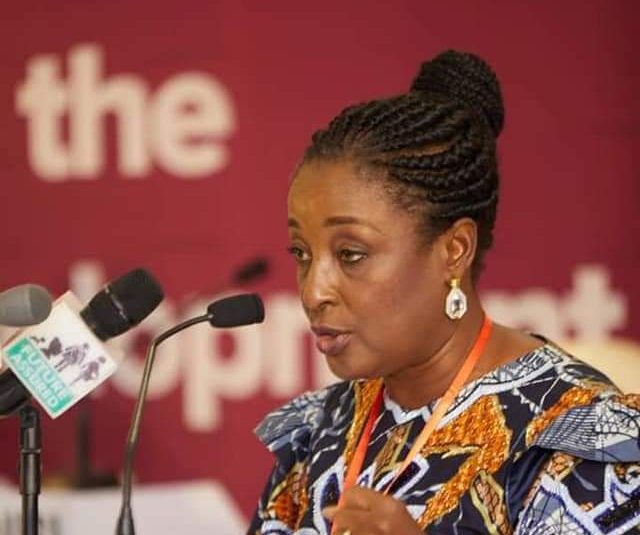 The Westminster Foundation for Democracy (WFD) has presented an award of Excellence to the First Lady of Edo State, Betsy Obaseki in recognition of her outstanding commitment in eradicating Sexual and Gender Based Violence in the state.

Mrs Grace Osakue, Consultant to WFD who presented the award on behalf of the foundation, also officially presented a copy of the Policy Brief prepared by the foundation on Edo State’s handling of Gender Based Violence titled “Overcoming the Limitations to the Implementation of the Edo State VAPP Law”.

Other experts who worked on the project include Mrs Bunmi Dipo-Salami and Mrs Dorothy Njemanze.

In her goodwill message at the Zoom event, Mrs Bunmi Dipo-Salami said “when I was trying to gather data for the Anambra Policy Brief, one of the persons I spoke with said they are trying to adopt the Edo model.

Reacting to the award, Betsy Obaseki said “I am actually receiving this on behalf of all Governors Wives because we are in this together.

“At the time that we started this fight in June 2020, we had just about 14 states that had domesticated the VAPP Law. A year and half later, as we speak today, we have about 32 states that have come to the point of domestication, some waiting for assent.

“This was all as a result of one attempt at cooperating to fight a common enemy. And this has changed the whole space of GBV in the country.

“It attests to the fact that once we resolve as a group to come together to tackle a problem, there is no limit to how successful we can become “.

Earlier, the Country Representative of WFD, Mr Adebowale Olorunmola in his goodwill message, encouraged the Edo First Lady and everyone present at the Zoom meeting to use the Policy Brief “in such a way that our girls and our women can be sure that they have a community where their rights and their person is protected against all forms of violence”.

WFD is a foundation, founded over thirty years ago in the UK and is working in over 40 countries across the globe including Nigeria to advance democracy and inclusive participation of citizens especially women, youth and persons with disabilities.