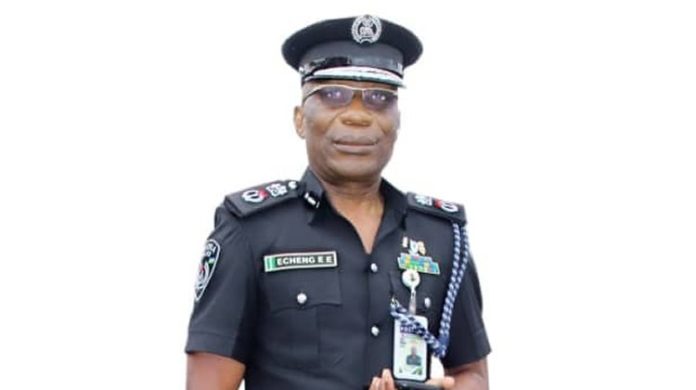 He was kidnapped on Thursday night at his residence in Otuokpoti in the Ogbia Local Government Area of the state.

A spokesman for the State Police Command, SP Asinim Butswat, confirmed the incident in a statement he issued on Friday.

Buswat said, “Preliminary investigation reveals that the kidnappers stormed the residence of Hon. Federal Otokito on 20th January, 2022 at about 2300hours and whisked him away in a waiting speedboat to an unknown destination.”

He said the command had launched a manhunt for the rescue of the victim and the arrest of the suspects.

But gathered that Otokito was kidnapped by suspected oil thieves as a result of his opposition to their plan to set up an illegal crude oil refinery around the community.

The oil thieves are believed to have escaped from Rivers State where there is an ongoing clampdown on operators of illegal crude oil camps by the state government.

The leader of the camp, according to sources, had approached Otuokpoti community and held a meeting with some persons, including elders and youths, to set up a camp in a forest bordering the community and neighbouring Agbura in the area.

To seal the understanding reached at the meeting, the camp leader and his gang members provided bags of rice, lives goats and cash gifts.

However, Otokito got wind of the meeting and headed to the village and vowed that as a serving commissioner, he would not allow any illegitimate oil refinery to operate in the area.

He was said to have also confronted the leader of the gang and warned them to steer clear of the forest, threatening to expose them if they attempted to carry out their illegal business.

Apparently angered by the commissioner’s decision to abort their plan, the armed oil thieves were said to have stormed Otokito’s house at about 11pm on Thursday and gained entrance through the kitchen.

They were said to have headed straight to his bedroom and dragged him into a waiting speedboat at gunpoint at the waterside and sped away.

One of the victim’s daughters, Favour Otokito, who opened up on the incident, said they were all sleeping when the assailants struck.

Narrating what happened, she said, “My father, mother, brother and sisters were sleeping when our power generating set went off. So, my father asked my mother if she did not put enough petrol in the tank, she responded that she did.

“So, she went outside with the intention to bring the generator into the house, so we could find out what the fault is by daybreak. It is our village, so she didn’t envisage any danger. When she got outside, some boys came out of hiding and ran towards her, she quickly ran back inside and locked the door.”

She said the gunmen forced their way inside through the kitchen and took their father away, eventually.

The chairman of the Otuokpoti Community Development Committee, Anthony Azibaloa, condemned the abduction of the commissioner saying it as unacceptable and provoking.

He further said, “Kidnapping is not common in our community, so we are surprised over what happened to the commissioner. So to us, the incident is totally unacceptable and condemnable.

“For now, we have not been contacted by the kidnappers for ransom or any form of demand for his release. We are appealing to the state government and relevant security agencies to swing into action and help rescue our son.”