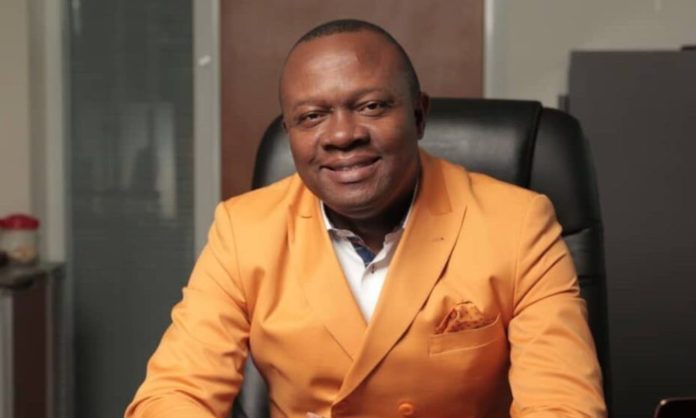 Candidate of the Peoples Democratic Party (PDP) for the November 6 guber election, Valentine Ozigbo has given another assurance of changing the face of Anambra’s development positively if elected into office.

Speaking when thousands of teeming supporters and party faithful turned out in their numbers to receive him and his campaign team when the ongoing tour stormed Aguata local government area yesterday, Ozigbo solicited for prayers urging the people to embody the “Ka Anambra Chawapu” message and be its ambassadors in their various localities.

“We have a superior message and development plan for Anambra State. The Ka Anambra Chawapu manifesto is the result of many months of research on the needs of Ndi Anambra and simple solutions to make the state economically competitive once again.

“ On November 6, let us come out in your numbers to vote and also protect your votes. If we do this, I am confident that Azuka Enemo will be the next Deputy Governor, and I will be the next governor of our dear state,” Ozigbo, said.

“The leadership of the new Anambra State began with one of Aguata’s sons, Chief Chukwuemeka Ezeife (Okwadike) who became the first executive governor of the new Anambra. Okwadike did a lot of good works before the military took over. Thankfully, I received his endorsement before the PDP primary election and I do not take for granted, Ozigbo said.

“Now, we have Peter Obi, a great leader and mentor who has set a high standard for governance in Anambra State. His projects can be found across the state. Our people have clamoured for someone who can follow in his footsteps. I am making this promise in his presence that I will strive to surpass his achievements if given the mantle of leadership.

Former governor of Anambra State, His Excellency Peter Obi, in his charged address to the people of the LGA condemned the APGA-led state government for neglecting Aguata. Mr Obi urged the people to rally support for Ozigbo, who is young and has the requisite skills to solve modern problems.

On her part, the PDP Deputy Governorship candidate, Mrs Azuka Enemo, thanked the people for their warm reception and the endorsement of Ozigbo. Mrs Enemo, who is a two-time Commissioner for Local Government Affairs, said Aguata should be proud of their son and unite behind his candidacy to transform the fortune of Anambra State.

Apostle Onyebuchi Offor, the Minority Leader of the Anambra State House of Assembly, attested to Ozigbo’s track record in the corporate sector, assuring the mammoth crowd that he will bring the same excellence to bear in Anambra State.