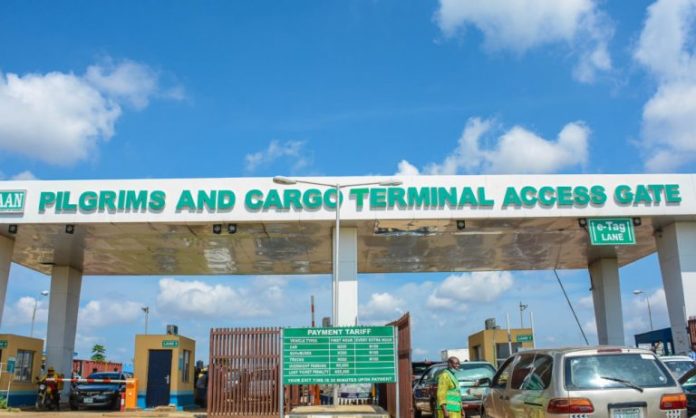 The Nigeria Customs Service (NCS) said on Tuesday that it did not breach security protocols at the access gate restricted area within the Murtala Muhammed International Airport Lagos as claimed by the Federal Airports Authority of Nigeria (FAAN).

Customs Spokesman, Joseph Attah, in a message to Daily Sun stated for FAAN to insist that an access gate is restricted to Customs in an international cargo airport shows a lack of understanding of NCS roles.

‘Could it be that the gate is being used to ferry goods out of the airport without Customs clearance? What is the intention behind restricting Customs in what is by status a Customs controlled area?

‘It’s curious that instead of engaging each other for better understanding between Government agencies, FAAN is engaging in a public display of false sense of superiority,’ Attah said.

FAAN in a statement by its General Manager, Public Affairs, Mrs Henrietta Yakubu had claimed that Customs officers shoved aside Aviation Security (AVSEC) personnel on duty last Thursday to create access for the Area Controller’s entourage; a development she considered a flagrant breach of protocol.

Mrs Yakubu said: ‘On January 20, 2022, while the AVSEC officers on day duty at Gate 3 of the Murtala Muhammed International Airport were profiling a NAHCO vehicle that wanted to access the Security Restricted Area (SRA) via gate 3, the Customs Area Comptroller for Hajj and Cargo Terminal suddenly emerged and pulled off behind the NAHCO vehicle that was being attended to and CSC Agunbiade, a Customs officer on the Area Comptroller’s entourage later shoved aside the AVSEC Officer at the gate, forcefully took over the gate and opened the gate for the Comptroller and his escorts to forcefully access the Security Restricted Area via the gate.

‘While accessing the gate, the armed escorts to the Comptroller threatened to beat up the AVSEC officers at the gate if they dare resist their assault and breach of security.’

She further described the development as “a blatant abuse of the privilege of bearing firearms by the NCS has become a recurrent threat to the safety and security of our staff and our operations”.

However, checks by Daily Sun show that seaports and airports are referred to and gazetted as Customs ports.

MMIA, as a Customs airport, has a Customs Area Controller who heads other Customs officers posted to the facility. They are statutorily empowered to access to every part of the airport, especially when they suspect that activities inimical to the economic and security wellbeing of the country are being carried out.

The areas where the alleged breach occurred are mainly where imports and exports are unloaded and loaded.

By law, Customs is an authority or agency in a country responsible for controlling the flow of goods, including animals, transports, personal effects, and hazardous items, into and out of a country.