The family of the leader of the Indigenous People of Biafra, Mazi Nnamdi Kanu, has expressed gratitude to the Anambra State Governor,  Chukwuma Soludo, after he appealed to the Federal Government for Kanu’s immediate and unconditional release.

reported that Soludo on Saturday made the demand in Awka, the state capital, during the campaign kick-off of the All Progressives Grand Alliance.

The governor further stated that he is ready to stand as a surety to the detained IPOB leader if he cannot be released unconditionally.

Soludo, who promised to cater to Kanu and also offered to bring him to the authorities any time he is required, noted that he  (Kanu) could not be in prison custody while the issues of insecurity are being discussed in the entire South-East.

Soludo said, “I am making a passionate appeal to the Federal Government to release Mazi Nnamdi Kanu unconditionally. If he cannot be released unconditionally, I want him released to me and i will stand surety for him.

Reacting to the appeal made by the Anambra State governor, Kanu’s older brother, Mazi Kanunta Kanu, took to Twitter to express the family’s gratitude to Soludo for speaking up on the matter.

Posting Soludo’s quote of appeal along side a picture of the Anambra governor and the detained IPOB leader, Kanunta simply wrote, “The Kanu family is grateful.”

reports that on Tuesday, June 29, 2021, the Attorney-General of the Federation and Minister of Justice, Abubakar Malami, announced in a press conference in Abuja that Kanu had been arrested and extradited to Nigeria from Kenya, after being intercepted in the East African country on Sunday, June 26, 2021, by Interpol.

Although, a judgment by an Appeal Court in Abuja and state High Court in Umuahia, had ordered for his release, the AGF, Malami however said that Kanu was only discharged but not acquitted, hence his continued detention in the Department of State Services custody.

Meanwhile the lead counsel for the embattled IPOB leader, Chief Mike Ozekhome (SAN), in December  said that Kanu’s health was fast deteriorating adding that he might even need surgery.

Earlier in the week also, the Spokesperson for the Coalition of United Political Parties, Ugochinyere Imo, raised the alarm over Kanu’s deteriorating health condition and warned that the country might erupt in crisis if Kanu dies in the custody of the DSS.

He advised the President, Major General Muhammadu Buhari (retd.), to order the DSS to release Kanu to attend to his health issues. 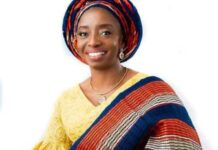 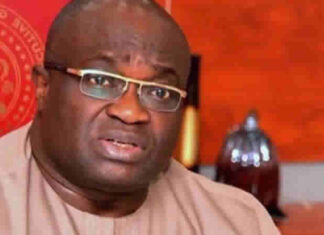