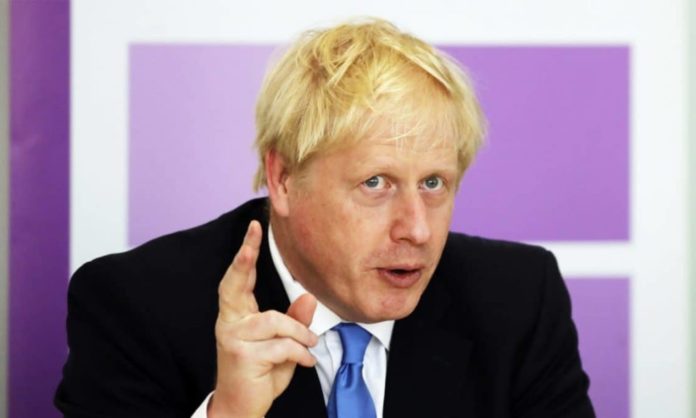 United Kingdom will lay out a six-point plan of action on the Russia-Ukraine war.

UK Prime Minister, Boris Johnson would lay out the plans during meetings with Canadian, Dutch, and Central European leaders this week.

Johnson will let the leaders understand that they must come together under those plans to ensure Russian President Vladimir Putin “fails in his ambition.”

A Downing Street news release on Saturday said that the calls include that countries mobilize “an international humanitarian coalition for Ukraine, CNN reports.

Johnson’s plans also include supporting Ukraine in its efforts to make available its own self-defense and “maximize the economic pressure on Putin’s Russia.”

The plan also calls on the United Kingdom’s partners to “prevent the creeping normalization of what Russia is doing in Ukraine.”

He wants diplomatic paths to be pursued to “de-escalation but only on the basis of full participation by the legitimate government of Ukraine and begin a rapid campaign to strengthen security and resilience across the Euro-Atlantic area.”

“Putin must fail and must be seen to fail in this act of aggression,” the release said.

The Prime Minister will let the European and Canadian leaders understand that it is not enough for them to express their support for the rules-based international order, but must defend it against a sustained attempt to rewrite the rules by military force.