Rebels from the breakaway Luhansk People’s Republic, LPR, in Ukraine’s eastern Donbas region are now in control of government buildings in the city of Rubizhne, CNN reports.

Luhansk and Donetsk are the two separatist regions backed by Russia.

“We are located next to the administration of the city Rubizhne.
The flag of the (LPR) is flying here now. This means for the local residents that, if the war hasn’t ended yet, then it’s in its final stages,” a uniformed soldier said in videos posted to the official channel of the People’s Militia of the LPR.

The same was captured in another video, this time he is seen standing in the Rubizhne mayor’s office, where he later mounted the LPR flag on the roof of the government building.

In the clip posted to his Telegram channel, Rubizhne regional administrator, Serhiy Haidai said the enemy(Russia) is simply destroying all the cities.

“It’s not even selective anymore. Earlier they were shelling more or less selectively, today they are firing deliberately, quadrant after quadrant,” he added. 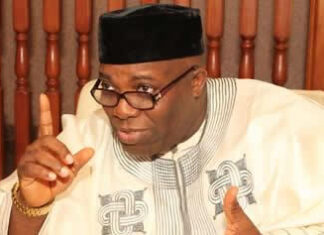