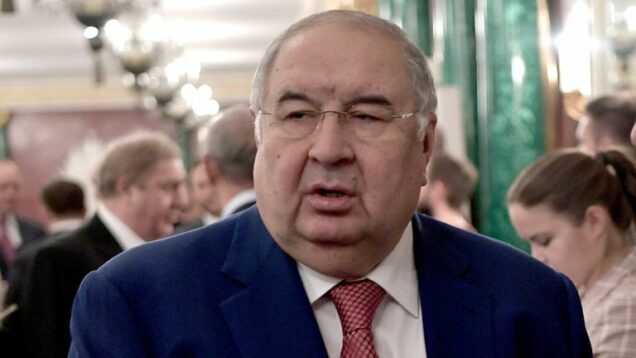 The Italian financial police have seized villas, houses and yachts worth €143 million from five Russian oligarchs, including Alisher Usmanov, the Everton FC owner.

His real estate compendium located in Golfo del Pevero in Arzachena, worth approximately 17 million euros (about $18 million) was seized, according to the Special Unit of the Financial Police.

Freezing orders were also executed against:

*Vladimir Roudolfovitch Soloviev: properties located in the province of Como worth approximately 8 million euros (about $8.7 million)

*Oleg Savchenko: seventeenth-century villa named “Villa Lazzareschi” located in the province of Lucca, worth about 3 million euros (about $3.3 million).

The seizures were done in collaboration with the Economic and Financial Police Unit of Imperia and the Aeronaval Operational Department of Genoa.

Asset-freezing orders were executed on Friday against multiple Russian oligarchs, according to the statement.

These restrictive measures come after the EU Council imposed sanctions on several persons and entities over Russia’s military aggression against Ukraine.

Usmanov, a Putin ally has been the target of multiple sanctions across Europe.

In Britain, Foreign Secretary Liz Truss announced “a full asset freeze and travel ban” on him.

The government seized his two properties – Beechwood House in Highgate, worth an estimated £48 million, and the 16th century Sutton Place estate in Surrey.

Usmanov was sanctioned alongside former Russian Deputy Prime Minister Igor Shuvalov, who was a key figure in Russia’s successful bid for the 2018 World Cup.