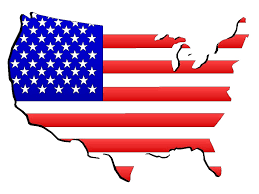 Government of the United States has renewed its support for the fight against trafficking in persons in the country.

The United States Embassy Deputy Chief of Mission, Kathleen FitzGibbon, gave the assurance while speaking during the 2022 commemoration of the national human trafficking awareness month in Abuja.

The event was organised in collaboration with Devatop Centre for African Development with the theme: “Improving Awareness on Human Trafficking and Increasing Reportage of Cases.”

FitzGibbon recalled that from 2002 to 2004, she was fortunate to be a member of the then-newly created office to monitor and combat trafficking in persons at the United States Department of State.

The multi-disciplinary office which, she said, has grown exponentially, according to FitzGibbon, is a sign of the importance the United States government places on combating modern day slavery.

FitzGibbon also recalled her opportunity to work closely with the Federal Government on legislation and the creation of the National Agency for the Prohibition of Trafficking in Persons.

She said deepening partnerships with a broad array of stakeholders inside and outside of government was critical to bolstering Nigeria’s anti-trafficking and anti-smuggling efforts.

“It, therefore, warms my heart to see this diverse group of people joining together to work towards the same goal.

“Human trafficking has no place in a society that values freedom and the rule of law. For that reason, the United States government stands with Nigeria in its fight against human trafficking,” FitzGibbon said.

FitzGibbon disclosed the United States government funds anti-trafficking efforts in Nigeria through its multilateral partners such as the International Organisation for Migration and the United Nations Office on Drugs and Crime.