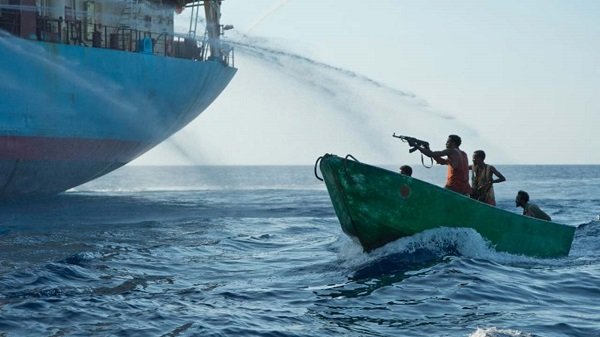 The Executive Director of the United Nations Office on Drugs and Crime (UNODC), Ghada Fathi Waly, has commended Nigeria for her leadership role and commitment to tackling maritime crimes.

The UNODC has also commended Nigeria over its successful prosecution of piracy in Africa.

Head, Strategic Communication, Office of the National Security Adviser Zakari Usman, who made this known, in a statement, said Waly gave the commendation in New York.

Zakari, while assuring that The Office of the National Security Adviser is committed to ongoing national, regional and international collaboration to strengthen legal, administrative and operational efforts in line with national maritime security objectives, advised stakeholders to continue to set a high standard in the prevention and prosecution of maritime crimes.

Zakari, in the statement, said: “Following the first-ever successful prosecution of piracy in Africa by Nigeria, the Executive Director of the United Nations Office on Drugs and Crime (UNODC), Ghada Fathi Waly, has applauded Nigeria for its leadership role and commitment towards curbing maritime crimes.

Waly gave the commendation in New York and noted that the successful collaboration between Nigeria and UNODC, as evidenced by the Global Maritime Crime Programme and the Strategic Vision for Africa launched in 2021, has encouraged the organisation to extend its partnership beyond national governments to regional organisations.

“Indeed, one of the gaps identified by the Federal Government of Nigeria in the fight against maritime crimes was the weak legal and institutional framework for prosecuting offenders. In response, President Muhammadu Buhari, on the 24th of June 2019, assented to the Suppression of Piracy and other Maritime Offences (POMO) Bill. By the POMO Act, Nigeria became the first country in the West and Central African sub-regions to promulgate a stand-alone law against piracy. The Act also domesticates, as required, the United Nations Convention on the Law of the Sea (UNCLOS), 1982 and the Convention for the Suppression of Unlawful Acts against the Safety of Maritime Navigation (SUA), 1988.

In July 2021, under the POMO Act, the Federal Government secured the successful prosecution of 10 pirates for the first time anywhere in Africa. But asides from creating a legal and institutional framework for prosecuting maritime crimes, the Federal Government has also prioritised the provision of maritime intelligence facilities. For instance, President Muhammadu Buhari commissioned a state-of-the-art Falcon Eye Maritime Intelligence Facility at the Naval Headquarters in Abuja last year.

The setup and operationalisation of the project were facilitated by the Office of the National Security Adviser (ONSA) as part of efforts to boost Nigeria’s overall maritime security architecture, in accordance with the National Security Strategy (NSS, 2019), under which kidnapping of oil workers, sea robbery/piracy, incessant problems of crude oil theft, illegal bunkering, hostage-taking and maritime terrorism are classified as national security threats.

The commendation by UNODC, therefore, places enormous responsibility on Nigeria to continue to lead innovative efforts towards the fight against maritime crimes in the Gulf of Guinea and across the continent, especially in the areas of intelligence sharing and coordinated legal strategy.

The Office of the National Security Adviser is committed to ongoing national, a regional and international collaboration to strengthen legal, administrative and operational efforts in line with national maritime security objectives. All Stakeholders are, therefore, encouraged to continue to set a high standard in the prevention and prosecution of maritime crimes.”