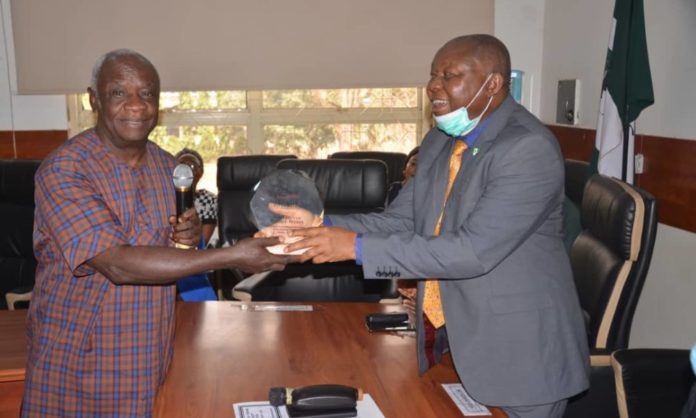 The University of Nigeria, Nsukka (UNN) has received an award of outstanding performance in the utilization of National Research Fund (NRF) interventions from the Tertiary Education Trust fund (TETfund).

Prof. Anene said that the award was presented to University on the sideline of a one-day workshop organized by TETfund on digitization for public tertiary institutions in the South-East zone, held in Abuja on February 2, 2022.

“Suffice it to say that UNN was singled out for recognition and commendation for her stellar & trailblazing role in digitization of academic and research work output of staff & students,” he said.

Prof. Anene explained that since the National Research Fund (NRF) was launched in 2011, the number of awards from UNN have “progressively grown from a sole beneficiary in 2014 to three awards in 2015, to five in 2019 and to nine in 2020”.

He commended the Vice-Chancellor for providing enabling environment for research activities to thrive in the University.

In his response, the Vic-Chancellor of the University, Prof. Charles Igwe congratulated the TETfund beneficiaries for representing the University very well in their research endeavors.   He said that the award was the outcome of a team work by men of character which his administration parades.

“This is just a fraction of what we have in the University of Nigeria”, Igwe said.

Even as he challenged researchers in the university to develop COVID-19 vaccines and proffer solutions to the many other problems in the country.