United Nations Children Fund (UNICEF) has received a financial boost to improve on its response to malnutrition and wasting in developing countries of the world including Nigeria.

A statement from UNICEF on Friday indicated that over half a billion dollars was pledged by world leaders to tackle severe wasting, in an unprecedented international response to deepening child malnutrition crisis, with at least 60 per cent of that amount committed to directly supporting UNICEF’s work.

UNICEF Nigeria Representative, Cristian Munduate, in the statement disclosed that the governments of Canada, Ireland, the Kingdom of the Netherlands, and the United Kingdom; and the Aliko Dangote Foundation, the Bill & Melinda Gates Foundation, the Children’s Investment Fund Foundation (CIFF), the Eleanor Crook Foundation, the Greta Thunberg Foundation, Humanitarian Services of The Church of Jesus Christ of Latter-day Saints, and King Philanthropies came together at the high-level event during the 77th annual United Nations General Assembly (UNGA) to address the growing issue of food crisis and other related challenges.

She said: “In Nigeria, UNICEF is meeting the increased demand for nutrition services, treating severe acute malnutrition in children living in fragile conditions, providing them with core preventive nutrition services across the first 1000 days, from pregnancy through 24 months and building the resilience of the mother-child dyad across all accessible LGAs in Katsina, Sokoto and Zamfara States.

“Treatment of child malnutrition cannot stop at providing nutrition services. With this fund, we would not only reach approximately 200,000 children with treatment for severe acute malnutrition, but would strengthen the availability of nutrition data for decision makers, strengthening programmes in health facilities and integrating WASH interventions.”

She added that the financial and logistics pledges to UNICEF would help provide services for the early prevention, detection and treatment of child wasting, and expand access to life-saving Ready-to-Use Therapeutic Food (RUTF) and other essential nutritious commodities needed during crises.

She disclosed that UNICEF and partners have launched an expansion of the Child Nutrition Fund, a long-term multi-partner financing mechanism to support the early prevention, detection and treatment of child wasting.

She said that, by working with governments to consolidate and strategically allocate financial resources, the Child Nutrition Fund will accelerate global progress and end the cycle of severe child wasting.

Co-founder and Chairman of CIFF, Chris Hohn, in his remarks said, “we are witnessing an unprecedented child malnutrition crisis across the world. The fact that millions of children have to experience severe malnutrition in their first few years of life is unacceptable.

“We already know many of the solutions for prevention, early detection and treatment of child wasting but we need to do more to ensure these solutions are scaled. This requires sustainable long-term and coordinated funding. The early success of the child nutrition fund is incredibly encouraging and its expansion into becoming the largest centralised response to combat child wasting at scale is exactly what’s needed.”

He announced the intention of CIFF to allocate an additional $40 million for addressing child wasting and malnutrition. 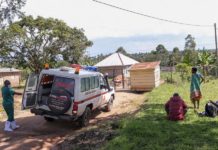 CDC, WHO, Uganda to host regional meeting as Ebola spreads 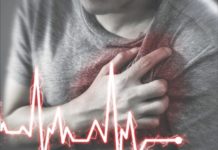 From fun to death 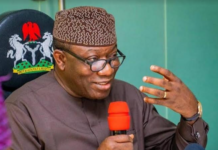