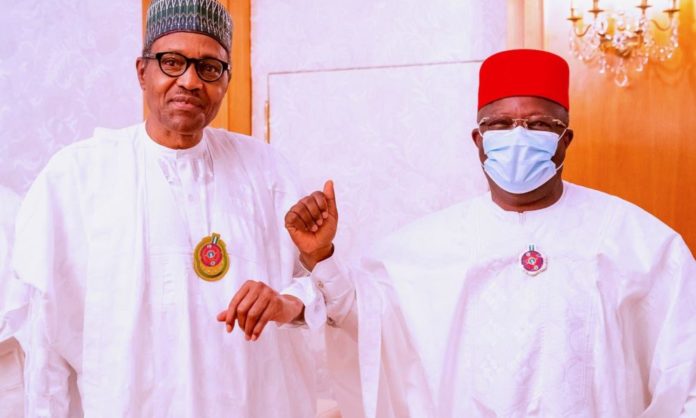 The Ebonyi State Chapter of the People’s Democratic Party (PDP) has vowed that it would appeal what it described as a shammed judgement by Justice HA Njoku on the defection of Governor David Umahi at the Court of Appeal.

The party also insisted that Justice Njoku erred in delivering the judgement, adding that it will petition him to the National Judicial Council.

The party opined that the Judge’s disgraceful conduct made a caricature of the judiciary when he allegedly used his official position to commit an abuse of the court process.

Chairman of the party in the state Tochukwu Okorie disclosed this in a statement issued in Abakaliki at the weekend.

Okorie said the party had made arrangements to petition the Disciplinary Committee of the Nigerian Bar Association over the conduct of the APC Lead Counsel and other lawyers involved in the matter for infamously and ridiculously working against the legal profession, in the country.

He said: ‘Our attention has been drawn to a judgment delivered by Justice HA Njoku, of the High Court of Ebonyi State, on the 28th day of February 2022, in Suit NO HAB/13/2022, dated and filed on the 4th of February 2022, between Sen Sunny Ogbuoji, Justin Mbam Ogodo & All Progressive Congress V Engr David Nwaeze Umahi & Dr Eric Kelechi Igwe. Our attention has also been drawn to the various press releases by the government of the Ebonyi State, in respect of this sham judgment, hence, we deemed it necessary to bring the entire facts, of the said arranged judgment, to the public view.

‘That the parties in this matter, in Suit No FHC/ABJ/CS/920/2021, pending at the Federal High Court, Abuja, filed and exchanged pleadings, which were all adopted on the 19th day of January 2022, and the matter reserved for judgment, which will be delivered on the 8th day of March 2022.

‘To our greatest shock, a process, seeking the same reliefs as in the suit filed at the Federal High Court Abuja, in suit No FHC/ABJ/CS/920/2021, which was already adjourned for judgment, and also have the same subject matter, and also having All Progressives Congress, as 3rd Plaintiff, Engr David Nwaeze Umahi and Dr Eric Kelechi Igwe, as defendants, who were 2nd, 3rd and 4th Defendants, in the matter pending at the Federal High Court Abuja for judgment, was filed on the 4th of February 2022, at the High Court of Ebonyi State Abakaliki.

‘The entire case of the Plaintiffs, therein, which included All Progressives Congress, who is the 2nd Defendant in the suit pending for judgment in the Federal High Court Abuja, revolved around the same defection of David Umahi and His Deputy, from Peoples Democratic Party to APC, and part of the reliefs sought, was also for the duo to vacate their offices.

‘Again, it was also surprising that the Peoples Democratic Party, whose mandate, an All Progressives Congress (APC), a gubernatorial candidate in the 2019 governorship election in Ebonyi State, is now suddenly seeking to protect, was not joined as a party in the matter by the said Plaintiffs, who by their action, in the High Court of Ebonyi State, were seeking the protection of the interest of the Peoples Democratic Party, knowing that similar action was already subsisting, in the Federal High Court Abuja, and had since the 19th day of January, before they even filed their action, been adjourned for judgment.

‘It was also very surprising that the Judge of the High Court of Ebonyi State, who has the inherent jurisdiction, to suo motuo join the Peoples Democratic Party, knowing that the entire action, revolved around the Peoples Democratic Party and its mandate in the gubernatorial election in Ebonyi State, in the 2019 general election, failed to question the non-joinder of PDP, or order the joinder of the PDP, as a party in the said matter.

‘The trial judge failed, neglected and disregarded the hallowed principle of the twin pillars of justice, and also the rule of fair hearing as provided for in section 36(1) of the 1999 Constitution of the Federal Republic of Nigeria. The fact, of delivering judgment on the 28th of February 2022, in a matter filed on the 4th of February 2022, in the said Court, is by itself, a prima facie evidence of compromise by the said, Hon Justice HA Njoku, who incidentally, is from the same local government as the governor of Ebonyi State, Engr David Nwaeze Umahi, and his brother who acted as the Defendants’ Counsel, Roy Nweze Esq, in the sham proceedings giving rise to the judgment,’ he said. 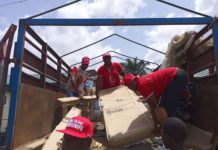 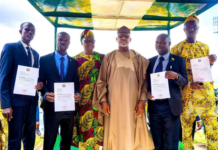 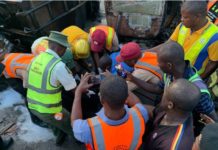 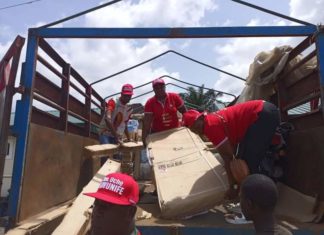