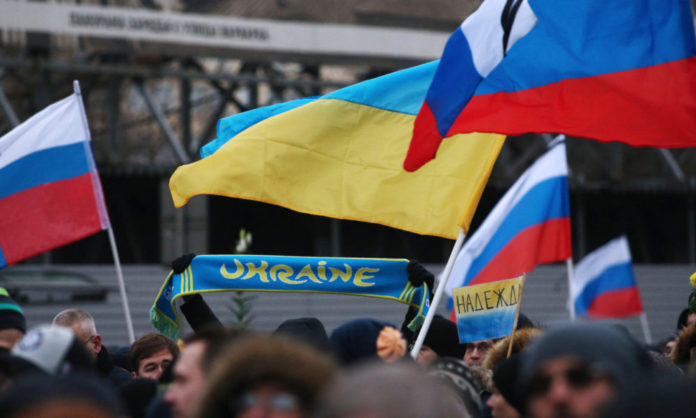 No fewer than 400 Nigerian students in Ukraine have made a passionate appeal to the Federal Government to come to their rescue and evacuate them from the country.

The students, who are studying various courses in Ukraine but scattered in different states, are hoping for the Federal Government intervention.

Back home, many parents whose wards are studying in Ukraine are anxious about their safety have called for urgent evacuation of the stranded students.

In the last two weeks the students sought the support of the Nigerian Embassy in Kiv for evacuation after the Ghanaian government evacuated their students but there was no positive respond.

The President of Nigerian Students Union, Ajolaoluwa Ero-Phillips, said Nigerian students in Kiv, Kharkiv and other cities close to the West have been hearing and seeing explosions but no Nigerian casualty.

According to him, the Ukrainian government shut their airspace today (Thursday), declared state of emergency and that travel is virtually impossible.

Ero-Phillips said before the invasion by Russian military, he had visited the Nigerian embassy in Kiv and staff asked him to continue to check the embassy Website for further information.

He told Daily Sun that in his state alone, over 60 Nigerian students are stranded while the figures could be high in other states.

A student in a university at Poltava via WhatsApp recording said the institution management wakeup students at 7.43am and asked them to park their few belongings for relocation.

Chief Lateef Shogunle, whose son is studying in Kiv, said he and his family can’t sleep and are anxious about the safety of his son, “I expect the Federal Government to have acted longer time ago and evacuated the stranded students.’’

Shogunle said about three other parents have called him since last night when the Russian invaded and they are also worried about the safety of their wards in Ukraine.

In a statement dated February 24, the Nigerian Embassy in Kiv advised Nigerians in Ukraine to remain calm but be very vigilant and be responsible for their personal security and safety.

The embassy said in case of students seeking temporary relocation, they are enjoined to seek proper clearance and guarantee from their respective institutions, authorities/agents on the way forward in respect to their studies during this period.