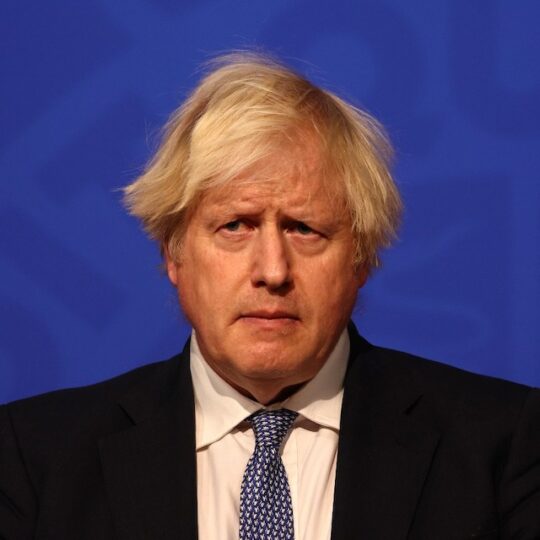 The announcement came after the police received evidence from an internal government probe into a series of gatherings.

Johnson, who in 2019 won the biggest Conservative majority in more than 30 years, is fighting for his political survival after a stream of leaks revealed that his staff held parties during the toughest peacetime rules imposed in Britain.

New allegations emerged late on Monday that he broke the COVID-19 lockdown rules he imposed by attending a surprise birthday party in Downing Street when social gatherings indoors were banned.

That added to a long list of alleged lockdown breaches in Downing Street, including one ‘bring your own booze’ party, which Johnson has said he attended thinking it was a work event.

“I can confirm that the Met (Metropolitan Police) is now investigating a number of events that took place at Downing Street and Whitehall in the last two years in relation to potential breaches of COVID-19 regulations,” she said.

A statement from the government’s Cabinet Office said its investigation, being carried out by senior official Sue Gray, was continuing and there was ongoing contact with the Metropolitan Police.

Media reports suggested the publication of her report could be delayed, however. It had been expected this week.

Reuters reports that Johnson is now trying to shore up his premiership after claims that he and his staff partied at the heart of the British state during the worst pandemic for a century.

Reported revelry throughout Britain’s multiple coronavirus lockdowns includes boozy staff parties, suitcases of supermarket wine, a broken children’s swing, a wine fridge and jokes by staff about how to present such parties to reporters.

The scandal has hammered Johnson’s approval ratings, seen his Conservative Party fall far behind the opposition Labour Party in opinion polls and raised the prospect of a leadership challenge from within his own party.

Several Conservatives have called for him to resign, although fewer than the 54 required to trigger a confidence vote among lawmakers which would, if lost, result in a leadership contest.