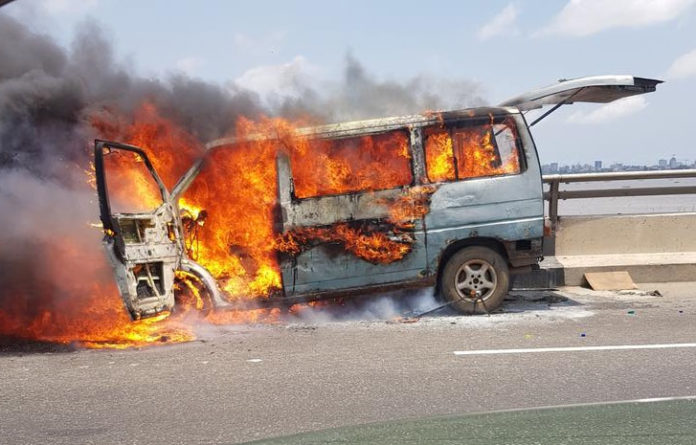 Two persons on Thursday evening lost their lives while 14 passengers cheated death by the whisker, as a 16 seater bus they were traveling in caught fire while on motion.

The incident happened at the Nataco section of the Lokoja – Abuja highway at about 5 pm Thursday.

It was learnt that the accident occurred when the bus which took off from Lokoja metropolis, was heading to the Northern part of the country, when it suddenly burst into flames.

According to eye witness account, the two passengers who lost their lives were said to have been trapped, while those who narrowly escaped sustained various degrees of burns and have been rushed to the Federal Medical Centre Lokoja.

However , men of the Roads safety corps, Nigeria Police and volunteers were seen working hard to save the lives of those trapped in the inferno.

When contacted, the police Public Relations officer William Aya, said he was yet to be briefed of the incident and promise to get back to this reporter.