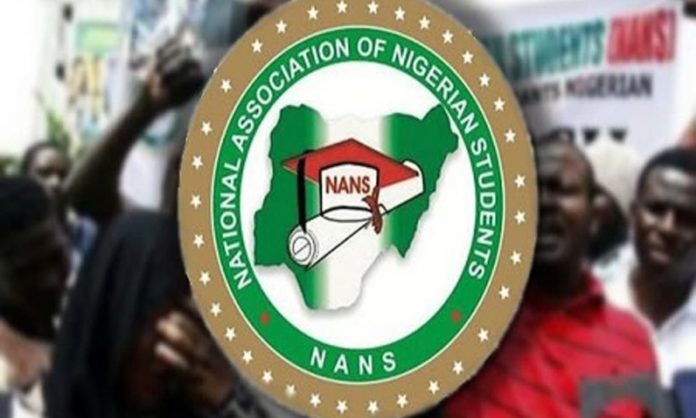 The National Association of Nigerian Students (NANS) Zone B (South-East and South-South) today described the hike in tuition fees by Delta State-owned universities as reckless and insensitive.

This was contained in a statement signed by NANS Zone B Deputy Coordinator, H.E Gen. DIO, Oghale Emeka Rex and made available to DAILY POST.

NANS, therefore, made the following demands with a call on Okowa to intervene in the matter by reducing the tuition fees to and help save the already suffering students and their parents who are supposed to be beneficiaries of his prosperity for all Deltans.

The students demanded “That the implementation of the proposed new fees of Delta State University of Science and Technology, Ozoro, be suspended forthwith and be reviewed downward to a total amount not higher than the sum of N70,000.

“That the increment in the school fees of Delta state university Abraka is reversed to status quo with immediate effect.

“That any other state-owned institution in Delta State planning any hike in school fees should jettison that intention as any action not in the interest of the Nigerian students would be met with an unimaginable resistance and uprising.”

According to the NANS, “We, therefore, invite the attention of His Excellency Sen.(Dr.)Arthur Ifeanyi Okowa, the Governor of Delta State to the humongous fees slammed on students and kindly intervene with his good office to ameliorate the suffering and burden of parents who are also supposed to be beneficiaries of your prosperity for all Deltans agenda.

“His Excellency is respectfully informed that same or similar items were duplicated in the fees and different prices attached just to sure up the school fees. This is not justifiable and totally unacceptable.

“NANS as an organization with the sole aim of protecting the interests and welfare of the Nigerian students will spare no option in ensuring that this gargantuan extortion is resisted if not reversed within the next 48 working hours.”

It noted that the statement became necessary after obtaining and critically analyzing the details of the fees to avoid outright anarchy, breakdown of law and order in the affected campuses and eruption of marathon protests in the State.

“We, therefore, in swift response to the agitations of the affected students and prospective students compelled to resist the hike in the interest of the general public, the parents and the students.”

It was learnt that some students are planning serious protests on the campuses of the various institutions over the hike in the tuition fees.