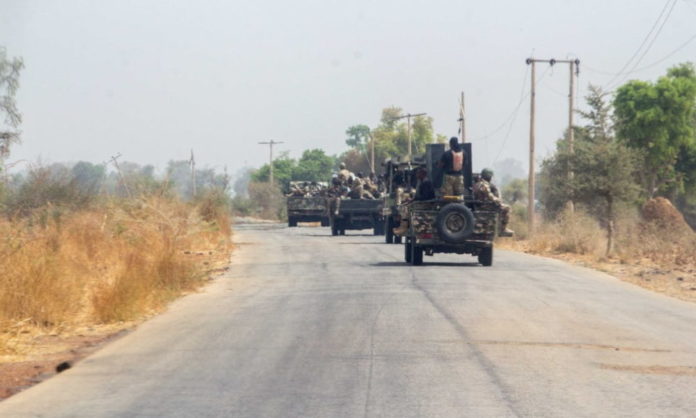 The Kaduna State government has said military troops in the state killed three bandits and recovered weapons in Chikun Local Council of the state.

The Commissioner, Ministry of Internal Security and Home Affairs, Samuel Aruwan, in a statement revealed that troops neutralised three terrorists during a patrol along the Telele-Sabon Gida Road.

The statement explained that the troops laid ambush at a suspected terrorist rallying point on the route, saying the outlaws approached the troops’ position and entered the killing range, after which they were vigorously engaged.

The statement said, “The criminals returned fire but were overpowered by the troops after a brief firefight. Three terrorists were neutralized in the exchange.”