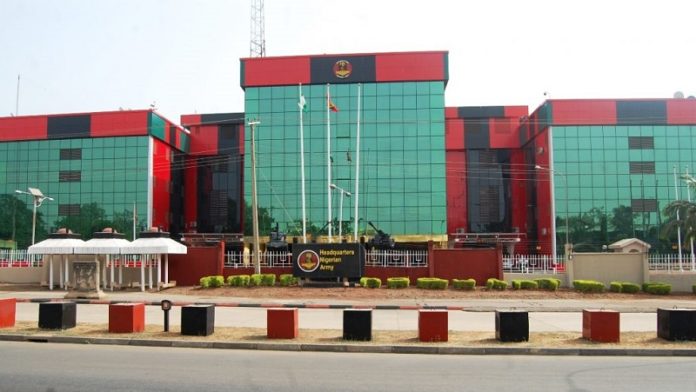 The Defence Headquarters (DHQ), yesterday, said troops on counter-insurgency operations and other internal security duties across the country killed 139 terrorists, bandits, kidnappers and other criminals and rescued 42 kidnap victims in the last two weeks.

It said 466 Boko Haram and ISWAP terrorists and their families, comprising of 120 males, 137 females and 209 children surrendered to troops in the last two weeks.

Director, Defence Media Operations, Major General Bernard Onyeuko, made this known at a briefing on the update of military operations conducted between February 10 – 24.

He said the soldiers arrested 111 terrorists within the period under review and recovered huge cache of arms and ammunitions. He also said that a total of 1,118,175 litres of illegal AGO (diesel) and 2,086,000 litres of stolen crude oil were recovered by troops who also discovered 38 refining sites with 100 metal storage tanks, 25 dugout pits, 75 cooking ovens, 20 Cotonou boats, 35 Yamaha pumping machines, 15 coolants and ten tankers.

Giving an update of the operations, Onyeuko, said “In the last two weeks, troops of the Armed Forces of Nigeria and other security agencies continued the task of engendering peace and protection of lives and property across the six geo-political zones of the country.”