The Bayelsa State Command has been thrown into mourning following the sudden death of an Assistant Commissioner of Police, Emmanuel Idowu Asufi.

Asufi who was in the office on Tuesday had attended an official function and went back to his office where he was said to have collapsed and died before help could come to him.

His death was said to have triggered fear and sadness as many Police personnel that saw him and attended the official function with him could not believe the news until they saw his dead body being taken to the mortuary.

The deceased in his late 50s is an indigene of Ekwani community in Delta State and believed to be in his late 50s was in charge of Administration in the State Police Command.

When this reporter got to the Police Headquarters Wednesday morning the atmosphere was sombre and the mood was sad with many Police personnel wore long faces still shocked over the news.

One of the Policemen who craved anonymity said the Police leadership, rank and file are in shock

“It was shocking. Many of us saw him come into the headquarters smiling and exchanging pleasantries with everyone including the rank and file. But we were shocked when an alarm was raised that he collapsed and is dying. They had to rush him to the Federal Medical Centre where he was confirmed dead.”

Though his wife was said to be resident in Port Harcourt, Rivers State capital, some of the children were with him in Yenagoa and the news of their father‘s demise has been broken to the family.

Sources said Bayelsa State Governor, Senator Douye Diri was among those that called the State Commissioner of Police, Ben Okoro to condole with him.

The spokesman of the Bayelsa Police Command, Asinim Butswat, who confirmed the demise of ACP Asufi, said it is a sad day for the command.

Asufi, had also served as Chief Security Officer to the Bayelsa Government House during the administration of former governor Henry Seriake Dickson. He also served as Commander of the State Security Outfit, Door Akpor.

Several residents of the state and government officials took to Facebook to mourn him with many describing him as a fine officer. 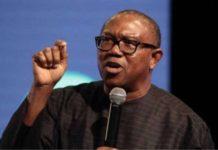 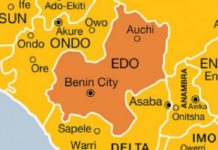 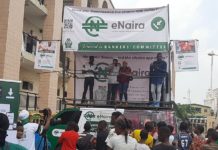