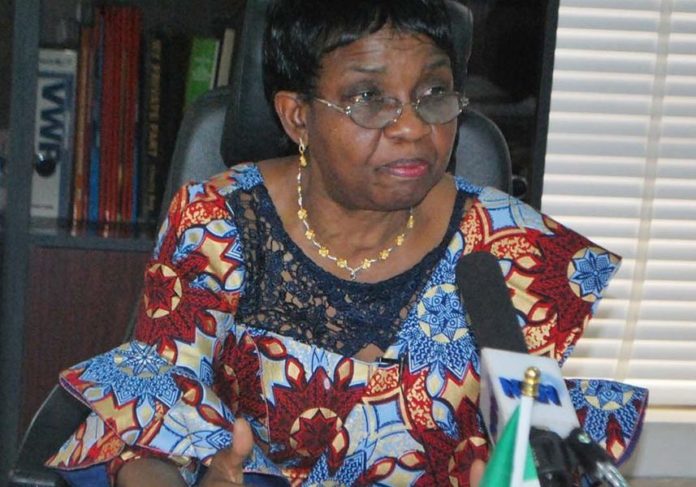 The National Agency for Food and Drug Administration and Control (NAFDAC), has appealed to traditional, religious and community leaders to join the fight against drug abuse and misuse in the country.

Warning that the dangers of drug abuse and misuse will collectively affect everyone and impede national development if not checked, Prof. Moji Christiana Adeyeye, the Director-General, NAFDAC raised alarm over the level of drug-induced crimes in the country.

Adeyeye at a sensitization campaign in Nnewi, Anambra State on Thursday, warned that drug abuse, drug misuse, addictions and self-medication are all injurious to public health and wellbeing.

Represented by the Director of Narcotics and Substances Control, Dr. Musa Umar, the DG at the campaign, described drug safety and security as an integral part of national security.

She warned that “drug security, unwholesome medicines, drug abuse, diversion of narcotics and psychotropic substances originally meant for medicinal use and illegally diverted to illicit channels are criminal offences and injurious to national security.”

Prof. Adeyeye noted that kidnapping, arm banditry, terrorism, armed robbery and other criminal activities are fueled by drug abuse and misuse as well as addictions.

She also warned that drug abuse is also trying to decimate the youth population aside from fueling the insecurity stressing that even housewives are not left out.

”All hands must be on deck to combat this hydra-headed problem and wrestle it to the ground. It is a total war that must be won,” she stressed.

“We are engaging the traditional institution, community and religious leaders to build a partnership because NAFDAC cannot do it alone. “It is a clarion call. All hands should join us to fight this menace to finish. That is why we are moving from door to door with this campaign which involves roadshows into communities and villages.

“We are also advising parents to watch their children who are in school. You need to ask valid questions and when children come back from school, check their bags and also observe the peer group or friends of your children, it is very important,” Prof. Adeyeye advised.

She also disclosed that in the last four years, the agency has been battling the proliferation of Tramadol and fighting drug lords who import them. “We have destroyed several containers worth hundreds of millions of naira of Tramadol that are shipped into the country and are being diverted.

“Most of the nefarious activities being committed by criminal elements, drug abuse is at the heart of it. That is why we are fighting it frontally.”

Recall that a recent national survey by UNODC, NDLEA and NAFDAC, had shown that Nigeria almost tripled the world average on the prevalence of drug abuse.

The global average according to the survey is pegged within 5.6 percent but Nigeria alone rated around 14.4 percent.

This, Prof Adeyeye said, showed that there is a critical problem of drug abuse in Nigeria, a reason why NAFDAC is intensifying its campaign against drug abuse with the community to community campaign.