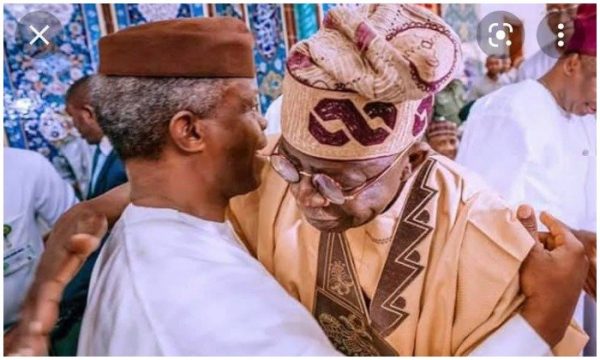 A former legislator, Aminu Tukur and an ally of former Speaker Yakubu Dogara, Honourable Aminu Tukur has described Chief Ahmed Bola Tinubu who is aspirating to contest or the presidency not fit to rule Nigeria.

Tukur made his position known in an interview with journalists in Bauchi while reacting to the aspirations of Vice President Yemi Osinbajo and Tinubu to fly the ticket for the All Progressives Congress (APC) in 2023 presidential election.

“I don’t look at Tinubu in terms of the failure in him, not the personality,” he stated.

“When my people were being exterminated in the South West, I am specifically saying the Fulanis, I have not heard Tinubu say a word.

“That made me to consider him a tribal bigot rather than a nationalist. I don’t have confidence in Tinubu”

The fiery lawmaker, who represented Lere/Bula constituency in the Bauchi State House of Assembly, maintained that no amount of persuasion will make him change his mind towards Tinubu.

“This is my position and nobody can force me to accept him. I consider him somebody who is not a nationalist,” he stated.

“If anybody from any corner of this country will be killed without recourse to justice, Tinubu who is a father.

He advised the APC not to consider fielding Tinubu.

“I will advise the APC not to support Tinubu’s ambition,” he warned.

“Maybe they (APC) should feed the Vice President. I consider him to be upright and up and doing. I see a nationalist in Osinbajo and I honestly I have confidence in him”

On why he returned to APC with Dogara though he was a fierce critic of President Muhammadu Buhari, administration, Tukur’s said his position about the Buhari’s administration has not changed.

“Returning or not returning, we are still objective in our criticisms of Buhari,” he explained.

“Honesty as far as I concerned I maintain my position that Buhari has failed. This is my position. I am a bonafide member of the APC and a person that is well known by the president but believe me this is not the Buhari I know when he was wearing the military khaki. He is no longer for any position and we have every right to choose”