There are salient stunts wreaked by candidates in every election season. The stunts excite some and annoy others.  Zig-and-zag and ding-and-dong flutters characterising this election cycle in Nigeria aren’t particularly perturbing to me. We all know the stock-in-trade of politicians. What they speak with their mouths in promises is often planets away from what their hearts believe.

Prepared speeches and memorised debate lines aren’t necessarily mumbo jumbos of politics. They are the milk-and-honey of the democratic process. Prepared speeches, however, do not definitively present true pictures of where a candidate’s heart is. Voters determine candidates’ qualifications through a careful assessment of their past accomplishments in life and government and what they claim they are able to do when cornered with pertinent questions that probe deep into the state of their hearts.

It is why live interviews, town hall colloquies, and television debates are considered necessary nutritious ingredients of democracy that political office seekers must participate in. These, to a large extent, reveal the true characters of candidates running for elective offices. They unbosom candidates’ sincere stand on diverse issues that have to do with the destinies of men they hope to rule over.

Asiwaju Bola Tinubu is running to be president in next year’s election. He is a man with a long track record of milestones and accomplishments as Governor of Lagos State for eight years. He is a historical headhunter, a discoverer of talents and treasures, a groomer of savvy and suave politicians of note across all regions in Nigeria, and a big bludgeon of impact on the minefields of Nigerian politics. You will be digging your political grave in this season if you are running against Tinubu with the belief that he will lose the next presidential election. You will also be gravely mistaken if you rely on the possible backwash that you hope will come from dirt hauled on the juggernaut and petals of insults and invectives showered on him. If that is the expectation of people who are raining abuses on Tinubu everywhere, these will not make a dent on his chances of winning the presidency. The man is pachydermatous. Concocted ugly stories about the Jagaban aren’t going to be effective enough to scuttle his long-life ambition of becoming the next president. His supporters are unchanged, unmoved and they care less what you say about the Jagaban of Borgu. In their millions, they will hit the streets when the campaign starts in a few weeks. And in their millions, they will cast their votes for the man they believe will give Nigerians a new Nigeria.

Is Asiwaju ducking live interviews? He is yet to answer a lot of questions. There are probes about his academic travels and travails in elementary and secondary schools as a child and teenager. What elementary and secondary schools did Tinubu attend and why is it difficult to name a class or roommate in his years in school? There are questions about Alpha Beta, a tax consulting firm we heard he co-owns.  Is it true that this company makes tens of billions of naira from Lagos State government monthly and straight into Tinubu’s private coffers? For decades, this information or misinformation has swirled around and no one has yet given an answer. Getting to the roots of this is important because if Nigerians cannot trust a man who wants to lead a nation even with these seemingly simple questions, how can they trust him with the bigger challenge of championing the cause of citizens of an intricate Giant of Africa?

When I read that Tinubu reportedly insisted on not granting interviews on TV because he is contesting for Nigerian President, not Media President, it sounded appalling. There are many, very many other questions that only Asiwaju can answer and put to rest once and for all. Any candidate who cannot answer direct questions from the people he seeks their support is not fit to be Nigerian President. Festus Keyamo is Tinubu’s campaign’s vivacious ventriloquist. Keyamo has promised that his boss will participate in live interviews. The world awaits.

Peter Obi, holding the aces for the Labor Party, is still roaring in popularity on social media, and on the ground, especially in the South-East states. Obi is also well-positioned to become Nigeria’s next president. Calculable momentum is on his side. He is talking to pastors and preaching in their churches while Muslims in the North and around Nigeria are waiting for their turn.  He is mobilising crowds, especially in the South and shovelling in cash in stacks. Like Tinubu, his supporters are unmoved, unshaken and boisterous. When Professor Yemi Osinbajo lost out in the All Progressives Congress primaries, my heart began a drive toward Obi. It was one of the reasons I decided to watch his recent interview on CNN.

This was an interview he had at least a month’s notice to be part of. He had an idea of the questions; but by Jove, he blew the opportunity to seal the deal. Is this the man that many call their Moses, people asked?  Nigeria will never leave Egypt. He was shockingly shallow in his responses and only highlighted problems we all know without proffering solutions as he stammered through the questioning runs from a very friendly journalist who obviously adores him. Obi’s responses during the interview showed that he needs more years of gruelling preparation to be president. But wait a minute! Where are the Charles Soludos, the Kingsley Moghalus, the Dumebi Kachukwus? Where are the South-East stars when a non-star is currently bamboozling many into thinking he is Nigeria’s saviour in this cycle? Some of Obi’s handlers I spoke to agreed that he needs masterful guiding hands for big-stage media appearances. Maybe Obi’s CNN performance was just a one-off. We will give him the benefit of the doubt. My mind is still open to hearing more coherent and coordinated responses to questions about Nigeria’s present turbulent times.

Atiku Abubakar, chaperone of the Peoples Democratic Party, is missing in all of these intriguing actions before the election. The PDP roof is on fire. Atiku’s men in the South aren’t seeing eye-to-eye with him on issues of what zone holds what position. He is now reportedly dumped by his party men who think he is selfish, desperate and flat-out unpatriotic. We are watching how the drama will end.

For decades, Tinubu, Atiku and Obi have been players in the game of politics. They are all billionaires with heavy cash reserves. Can anyone of these professional politicians sincerely deliver Nigerians from the jaws of poverty, hunger and missed opportunity for quality education for children and young people, who will become the faces of tomorrow’s Nigeria?  One of these three candidates may likely become the president.

But in the crevices of this election season are also many who believe that none of them is a good deal for Nigeria. A recently-concluded ANAP Foundation poll revealed something significant. About half of the voters contacted are either undecided or didn’t want to reveal their choices. Are we beginning to feel a widespread disenchantment regarding personalities running? Are the people expressing their tiredness seeing the same faces and personalities in the ring?  Nigerians hunger for fresh and new voices. There is a biting hunger for a fresh face and a brand-new name with no billions of naira in his or her account. Dreaming up a fresh voice or new face in this cycle may be a pipe dream. Likely voters will have to pick between the eighteen candidates running for president or stay home in a lockdown on election day. I only hope that Nigerians get it right this time. 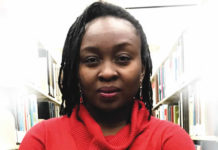 Has the end of ASUU truly come? 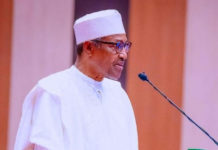 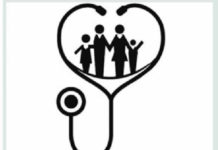