Thousands of Brazilians lined the streets of Santos to catch a glimpse of their idol and football legend, Pele as he was being taken to his resting place.

Pelé will be laid to rest at a vault at the Memorial Necropole Ecumenica, the first vertical cemetery in Latin America.

A procession across Santos is being witnessed by thousands of Brazilians who lined the streets to bid him final farewell. He was simply the king of football and has no rival.

The fire truck carrying the coffin continues to make its way through the streets, which are still packed with people, almost all wearing Santos or Brazil football shirts.

The procession has been moving for more than three hours now, and once complete, will be followed by a private burial for Pele’s family only.

The number of people who have made the journey out to Santos has been incredible.

Earlier outside the Albert Einstein hospital in São Paulo, fans started gathering when they heard the news of Pele passing.

The BBC reports that some were dressed in the number 10 shirt Pele wore when playing for Santos. Outside a banner had been draped that read “Eternal King Pele.” Brazilians bid farewell to Pele

Many are waving him goodbye while some were emotional as they wept knowing full well that they will never see him again.

FIFA president Gianni Infantino had said yesterday that “We are going to ask every country in the world to name one of their football stadiums after Pele, because a hundred years from now when children are asking who Pele was, well, they need to remember him all over the world in a place where you score goals, where you feel emotion in a stadium, in a football field where children, boys and girls can play. And we need to make sure that this happens.” 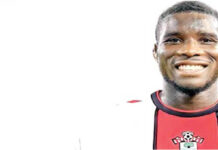