If there is one Nollywood actor who can be described as humble and level-headed, Destiny Etiko sure fits the bill. Despite her celebrity status, the Enugu State-born thespian has not allowed fame to go into her head.

The 33-year-old Etiko came into the limelight after featuring in Idemili, a movie produced by Ernest Obi in 2012 but was not released until 2014. Her character of Ekemma, which she played creditably, had earned her accolades.

With no formal training aside when she went to locations with her mother, and ended up on one occasi on securing a movie role as Pete Edochie’s daughter, Etiko has honed her skills and rapidly grown to become one of the most sought after actresses in Nollywood.

Currently based in Enugu, her hometown, but shuttling between the coal city and Asaba, Delta State capital, to ply her trade, the graduate of Marketing, who is nicknamed ‘Drama Doll,’ has a guilty pleasure. She always loves to flaunt her sexy curves and cleavages on social media. She, however, owes nobody an apology as she once told Daily Sun: “I have the curves, yeah! And I’m a brand ambassador of killer curves… It’s what God gave me. I didn’t do surgery to have such killer curves, so I have to flaunt it.”

Having reaped abundantly from her diligence and hard work in the movie industry, Destiny Etiko has remained selfless and generous. Through her Destiny Etiko Foundation (DEF), she has touched many souls and given succour to lots of less privileged people. These gestures have earned her tremendous love and goodwill from her fans, home and abroad.

Not one to abandon her family in times of need, the thespian in 2018, purchased a new house for her mother as a birthday gift. According to Etiko, the house was a mark of appreciation to her mother who stood by her through thick and thin. And for her late father, the actress, in 2020, organised an elaborate funeral party that attracted the high and mighty within and outside the industry.

For her consistency and versatility, Destiny Etiko is The Sun Nollywood Personality Award winner for 2021. 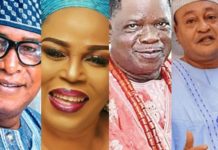 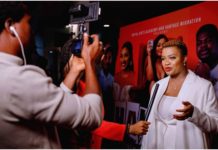 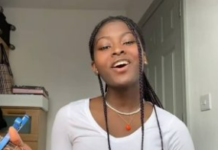