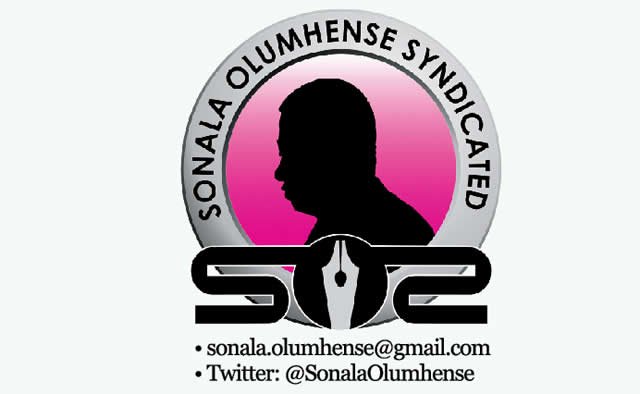 For a long time, I was of the view that Nigerians, especially their rulers, were responsible for Nigeria’s woes.  Last Sunday, Mr. Goodluck Jonathan identified for us the idiot who has held us down for over 50 years: The devil.

The President of Nigeria was speaking at the First Baptist Church in Garki, Abuja, to mark the New Year.  “When you compare Nigeria to other nations,” he said, “Nigeria is not moving fast enough…We have our challenges and that is where the devil comes in and puts roadblocks.”

It was a brilliant piece of investigation by Mr. Jonathan.  The devil has always been a wily one.  Think about it: the Garden was the most peaceful place, defined by abundance.  Abundance of love and harmony and beauty and promise: God had ensured nothing was in short supply.

Well, one thing had been lacking: Adam was lonely, but the Lord had immediately rectified that, in the shape of Eve, one so exemplary and beautiful Adam privately called it the Garden of Eve.

That was until the snake slithered in.  He was nothing like Adam: he knew where to shop for the prettiest clothes and finest perfumes, and where to buy the latest executive jets without waiting in line.  He knew all the great restaurants, clubs and wines.

But then, that afternoon, Adam returned from his labours.  One glance at the glint in the eyes of the First Lady, and he knew.  Adam, with menace in his heart, snatched a cudgel.  The devil vanished into the shrubs and has been on the run since then.

I did not realise he had arrived in the most powerful address in Abuja.  But Mr. Jonathan’s diagnosis is absolutely correct: the devil has to be the one responsible for the mess in our country.  Each time a powerful ruler or his wife announces a programme or policy thrust, the devil arrives and takes them to a fancy restaurant.

That was how he stopped Olusegun Obasanjo, for instance, from the electricity file.  “You want all Nigerians to have electricity?” the devil thundered.  “Has it occurred to you how happy that will make the entire population?  And how much money you will deny The Party?”
“B…But I wanted…”

“But me nothing!” the devil said.  “Billions of dollars, and you want to throw it all away.  Do you know that with that kind of money you will live forever?  You keep making these decisions.  You can budget for roads, but do you really have to make sure they are built?”

And the devil was not far away when Umaru Yar’Adua assumed office.  “You don’t have to declare that emergency in the power sector,” he told him, “or worry about the rule of law. Nobody will remember.  And you must never let Goodluck Jonathan serve as leader even if you are dying.”

Yar’Adua, sadly, did die.  And Jonathan, celebrating his luck, became Acting President, and then President.

At which point the devil again emerged from his penthouse suite in Aso Rock.  “This is your time,” he assured Jonathan.

Mr. Jonathan has already declared how good a listener he is.  And the devil is an eloquent speaker.  Perhaps it is no coincidence that from Bayelsa State to the presidential bedroom, Mr. Jonathan has yet to be accused of any originality, such as fulfillment of any promises or completion of assignments, beyond reading a speech.  It is the devil’s roadblock.

The devil is responsible for Jonathan’s failure to implement a boatload of reports, from Halliburton to Justice Uwais, which could have improved many things.

He advised Mr. Jonathan never to lead by example.   Mr. Jonathan’s electoral promises, for instance, have been exhaustively documented in this column.  But then the devil told him to ignore them.   And although people were blaming Mr. Jonathan about two months ago, it was actually the devil who compiled that infernal list of 2011 National Honorees.

In addition to strategy, the devil is also a brilliant economist.  He advised Mr. Jonathan not only to double or triple the price of petrol, but to spring it as a New Year Day surprise on everyone, including the people with whom he was negotiating on the subject.

After those exertions, the devil retired to his study to resume his research, leaving Mr. Jonathan to face the first nationwide street opposition to a national ruler in 98 years.

For seven months, Mr. Jonathan flew the executive jets of power with a bulbous smile on his face.  Tomorrow morning, as the nationwide strikes begin and he is confronted by the electorate into whose back the devil dug his pickaxe on January 1, he will not be smiling very much.

Let us be clear: the unprecedented opposition to Mr. Jonathan and his insensitive blunder is not—repeat, NOT—about fuel subsidies.  It is about government as farce; about the corruption and collusion of those who run Nigeria.  It is about the greed which bleeds.  The fuel subsidy gaffe simply provides the binoculars for the people to see clearly, and the courage to fear no longer.   We are grateful to Mr. Jonathan for this singular accomplishment.

When Mr. Jonathan says Nigeria is not moving fast enough, he means that she is backward.  But in the devil he hangs the wrong criminal.  Nigeria’s road blocks have principally been her corrupt, conniving rulers who do not know what leadership means.

For half a century, these irresponsible rulers have budgeted our commonwealth into their own pockets and those of their wives, concubines and co-travellers.

This week’s rallies may be one small step for each participant, to paraphrase Neil Armstrong, but they will be one giant leap for Nigeria.  This week’s scream may be one little falsetto for each participant, but it will be a roof-fracturing story-changer for Nigeria.   After this, those who submit themselves for leadership must lead without the forked tongue and false advocacy of the devil.

There is something Mr. Jonathan can still do today.  As I have said, this road intersection is about the farce of governance, which he can attempt to remodel.  He can start by restoring the fuel subsidy right away, and set a short time-frame during which work must begin on refineries, old and new, and then resume his negotiations with Nigerian groups.  To show good faith, he and his wife must declare their assets within 48 hours, and agree with stakeholders about a new shape for the anti-corruption war.

Still I do not think anything will stop the lessons the people of Nigeria will teach this week about who really owns the land.

I may not sleep a wink tonight.  And I don’t care. 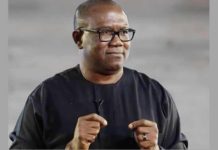 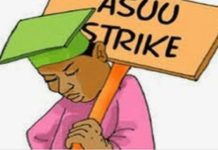 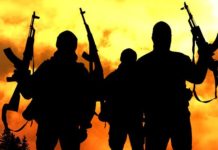