The Federal Government spent 80.6 per cent of all earned revenue between January and November 2022 on debt service. Out of N6.50tn earned, N5.24tn was spent on debt service. The implication is that the remaining 19.4 per cent would be shared between salaries, emoluments and overheads, capital expenditure and statutory transfers as well as service-wide votes. But the remaining percentage cannot even pay salaries and overheads and as such, the country literally borrows to run the administration and execute basic governance functions.

In the approved 2023 federal budget, the overall budget deficit is N10.78tn and over N500bn unfunded deficit. In this kind of scenario, the expectation is that the borrowed funds will be deployed in accordance with the Fiscal Responsibility Act which states that borrowing should only be for capital expenditure and human development. The expectation of public expenditure is of frugality, value for money, reduction of the cost of governance and structural reforms which introduce a result-based governance system. But the executive and legislature have different ideas and live in a world different from the realities of ordinary Nigerians. The 2023 budget as approved by the National Assembly and assented by the President is suffused with frivolous, inappropriate, wasteful and illegal expenditure heads. The collaboration of the two arms of government on this gross impropriety is not a mistake, or a matter of negligence but a deliberate act of sabotage against the people they were elected and appointed to serve. These votes contained in the executive proposal were singled out, published and distributed by the Centre for Social Justice to all members of the National Assembly before they approved the budget. Yet, they insisted on the illegality through the raw and wrong exercise of power.  A few details of the 2023 assented budget would buttress this assertion.

Let us start from the State House. The sum of N7.2bn was approved for “annual routine maintenance of mechanical/electrical installations of the Villa.” What exactly are we maintaining? This has been a conduit to get money out of the treasury on a yearly basis. In 2022, the sum of N5.176bn was voted for this. At N26.4m for newspapers, this sum will buy 105,729 newspapers at N250 per newspaper. This is simply outrageous. The Ministry of Finance, Budget and National Planning got approval for “financing safe school project for the protection of education from attacks for national development” in the sum of N250m. When did the ministry become a security agency for this kind of assignment? There is another N250m for the “engagement of consultant for the verification of imported petroleum products and the determination of daily consumption of product in the country.” This is a waste of resources. It is public knowledge, of which the courts can be called upon to take judicial notice, and a fact acknowledged by the presidency that the fuel subsidy is the greatest scam in Sub-Saharan Africa. If the government is unwilling to stop the scam, why waste public resources under the guise of verification when there is no political will to stop the looting? N300m is voted for “rehabilitation/repair of minister’s office and conference room.” How much will it cost to build a new office and what exactly is there to be rehabilitated and repaired?

SMEDAN got N440m for “one local government one product (OLOP),” a mere slogan devoid of any specific activity. If SMEDAN insists it will change lives with this money, considering that it is an ongoing project, let it provide the details of how previous allocations were spent.

Presenting jargons in a budget for the use of borrowed funds of this magnitude and most of these are for ongoing projects which have not in any way positively impacted the lives of Nigerians is the greatest disservice a government can do to its people. If a country borrows for investment as these jargons suggest, why have we not increased federal revenue, the GDP or enough food and value chain derivatives? The more we borrow, the more our capacity to generate revenue compared to our needs decline.  If the Ministry of Agriculture feels the above postulation is not true, let it provide the details of the expenditure of these loans and the returns so far gained by the country.

The Federal Ministry of Transport has a vote of N200m for “special intervention programmes and initiatives in the sector” and another N500m for “solar powered tricycle and amphibious vehicle.” So, every ministry gets a special intervention slush fund, to be spent at the discretion of the executive? The solar powered tricycle project has enjoyed provisions for over four years. What exactly is the deliverable of this vote? Simply a slush fund. If the ministry thinks otherwise, they should present Nigerians with the result of the investment over the years since the Buhari regime. 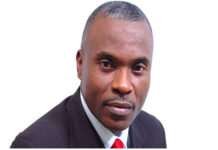 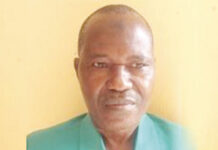 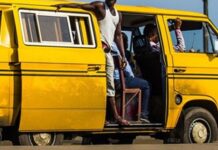