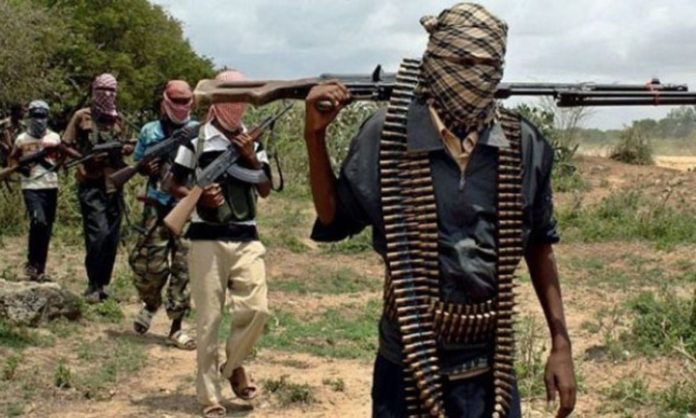 Suspected terrorrists from the camp of banditry kingpin, Ada Aleru, have reportedly abducted an officer of the Nigeria Customs Service, Mahassan Lawali, in Tsafe Local Government Area of Zamfara State.

The terrorists were said to have stormed Tsafe LGA of the State in a large number and kidnapped the victim, who came home to spend the weekend with his family members.

According to DAILY POST findings, Lawali is an accountant at the Kano-Jigawa Customs Command.

The source said: “three among the terrorists went into the main house and abducted him. They took one of the members of the household but later released him after they got hold of their target, Lawali.”

The source also disclosed that no one was shot in the attack, though shots were fired to scare residents.

The source also disclosed that the hoodlums have reached out to the family, demanding N10 million ransom.

“I was informed by some family members that the bandits are demanding N10 million as ransom for the officer. They called immediately to demand for ransom, noting that they are not ready for any further negotiation,” he said.

However, when the family went ahead to negotiate for the ransom to be reduced to N5 million, they switched off their phones and have not called back.

“We are now praying to God to help us and save him. We don’t have the N10 million they are demanding,” he lamented.

The spokesman of the State Police Command, Mohammed Shehu, is yet to confirm the attack as of the time of filing this report.